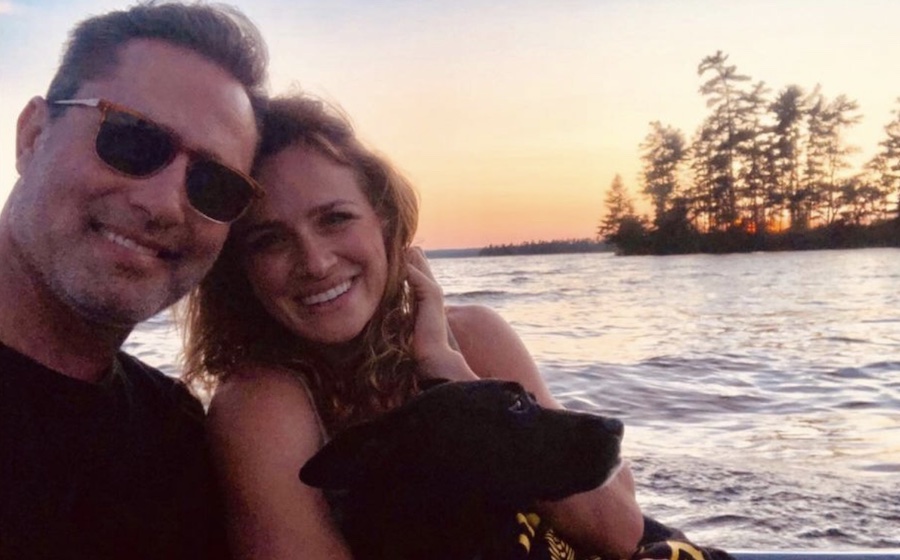 Hallmark fans go to the network to see love stories. But, what if making a Hallmark movie leads to a real-life love story? Actors Victor Webster (Hearts Of Winter) and Shantel VanSanten (Shooter) met on the set of a romance, and are now engaged.

What is their very romantic story?

Four years ago, Hallmark fans enjoyed a very romantic Valentine-themed movie, Love Blossoms. This starred Shantel VanSanten and Victor Webster in their first movie together. She played a woman that desperately needed a new perfume, to save her late father’s company. He was the guy with the nose for scent. They were an unlikely pair, but they eventually got together.

In real life, sparks flew beyond the usual Hallmark meet cute and kiss at the end. Now, they will be getting married. But, she didn’t exactly say “yes” right away.

Victor shared a beaming photo of the couple on Instagram and wrote, “Well she didn’t say yes…at first, first her legs buckled and she had to sit down, then she started crying and shaking and asking if this was real, then she started kissing me a whole bunch, then crying some more, then asking if it’s real and if I’m playing a practical joke, then… I had to ask if that was a yes and THEN finally she said yes. Been an amazing journey so far, only gonna get better. Now you’re stuck with me. Love you ❤️”

It is not hard to believe that Shantal had to sit down before saying yes to her love. Now, the couple are planning their next big adventure.

In the midst of celebrating his birthday and getting engaged, Victor Webster has been very busy filming his Hallmark Mystery series, Matchmaker Mysteries. This also stars Danica McKellar (A Crown For Christmas) and Bruce Boxleitner (Gourmet Detective).

Although he tries to avoid Angie’s unorthodox take, he is clearly attracted to the matchmaker. Bruce Boxleitner plays Angie’s dad, who was formerly in law enforcement. He was Kyle’s mentor, and perhaps he is their matchmaker?

Right now, there is no information on the new Matchmaker Mysteries mystery. But, both Victor and Danica have shared a lot of photos on social media, just to whet fan’s appetites.

What Is Next For Shantel VanSanten?

Shantel VanSanten is not doing a Hallmark movie anytime soon. Instead, according to Deadline, she just reunited with her Shooter costar, Ryan Phillippe, in the independent movie, American Murder.

As for her wedding to Victor Webster, the couple have not yet shared any information. However, both have expressed a wish to star in a Hallmark movie once again. Perhaps that is in the works for 2021?