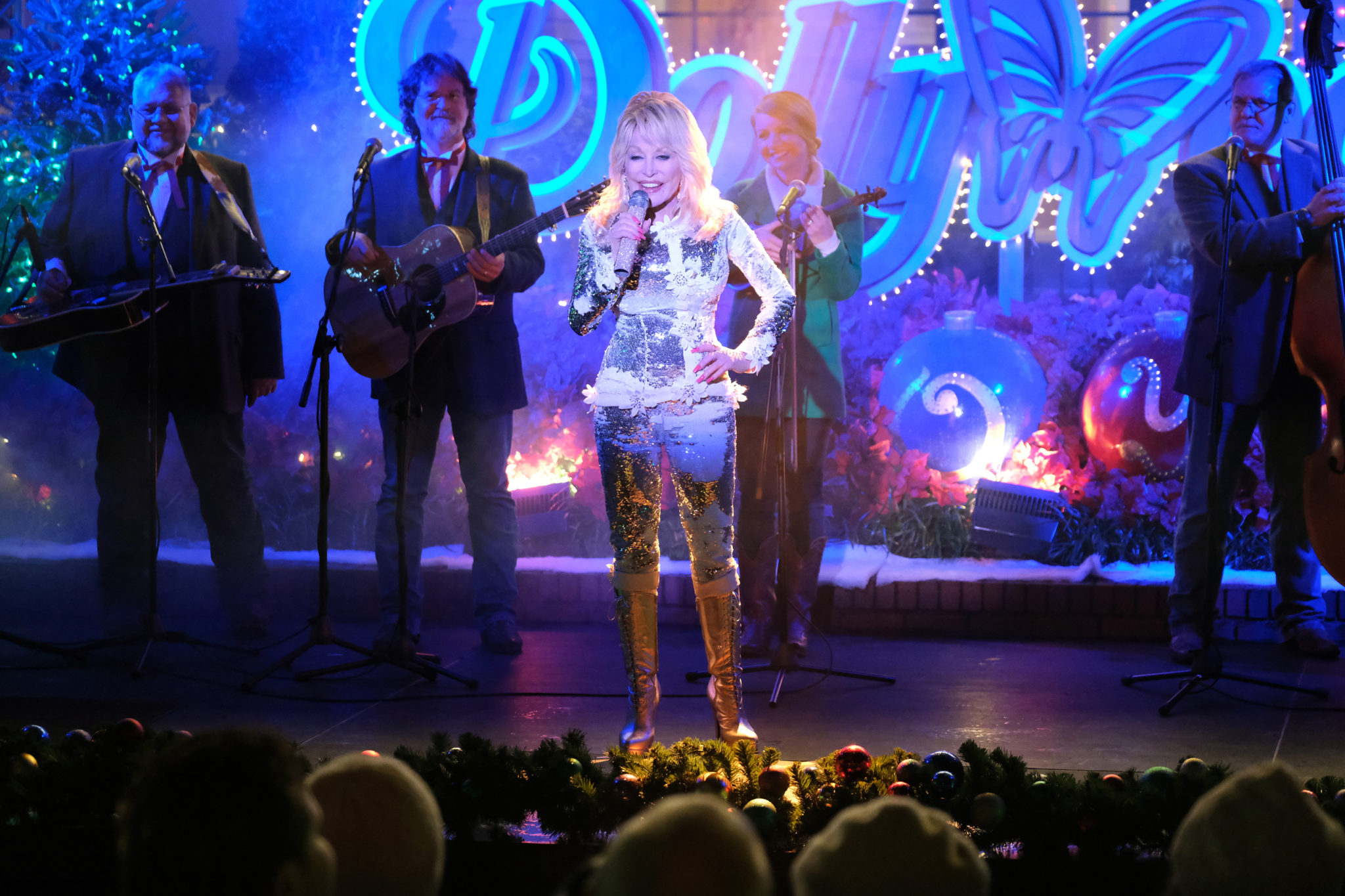 You have not spent a magical Christmas like you have with Dolly Parton, in the Smoky Mountains, at Dollywood. Hallmark’s Christmas at Dollywood promises music, romance and a lot of Christmas wishes come true. Starring the country superstar, Dolly Parton, and Hallmark perennial favorites, Danica McKellar and Niall Matter. This is a special movie in Hallmark’s Countdown to Christmas.

What Is Christmas At Dollywood About?

Rachel (McKellar) plays a single mom, who is an event planner. It is Christmas time and her New York City career is not going as she wanted. Opportunity strikes when she gets a dream job producing the annual Smoky Mountain Christmas event at none other than Dollywood, in her home state of Tennessee. All is great except for a little bit of conflict with a good-looking, but an exasperating co-worker, Luke (Matter) who thinks he can do it all himself. In the end, she learns that there are some Christmas miracles left to be had.

Of course, Dolly Parton will be portraying herself. She will also be performing some wonderful songs.

According to Parade, it was Danica McKellar’s idea to make Christmas at Dollywood. The actress, who is also a mathematician and author of several math books was asked by Michelle Vicary, executive vice president of programming about an idea for a Christmas movie idea. McKellar explained that she had just been at the Imagination Library and instantly thought of Dollywood. “I think I just had Dolly Parton on the brain at the time. She has done so much good in the world, and is just inspiring in every way.”

Now, the the country singer and the Hallmark actress have become quite close. Dolly jokes that Danica is like her “little niece.” Most of all, Dolly is excited that Hallmark fans will be able to see how they celebrate Christmas in the Smoky Mountains.

“We’re so honored to have Dollywood featured in this movie, and it is just such a great story. My heart is in the Smokies always, so folks who have never experienced the magic of the holidays here are in for a big treat.”

Magical!! 🥰🦋❤ That's the only way to describe working with Dolly Parton… she's everything you hope she's going to be and more… Generous, glamorous, kind and of course a total professional. But what might be the most astounding thing about her is her remarkable ability to make people feel wonderful about themselves… every person she encounters feels like a rockstar after just a moment or two of talking with her. She's magical and I can't wait for you to see her in this movie!!

Where To Watch This Very Special Hallmark Movie

Are  you ready for some Dolly Parton Music and Christmas At Dollywood? Is Danica McKellar one of your favorite Hallmark stars? Does the Countdown to Christmas get you and your loved ones into the Christmas spirit? Be sure to check back with TV Shows Ace for the latest Hallmark news.

Could ‘Dancing With The Stars’ See Another Deaf Champion With Abigail Heringer?
‘Love After Lockup’ Chanda Life Update: Did She Stay Out Of Jail?
Does Abigail Heringer Know Sign Language?
Jill Dillard Talks All About Their New Rescue Pup’s First Night
Adam Busby Fans Laugh At ‘Contained’ Quints