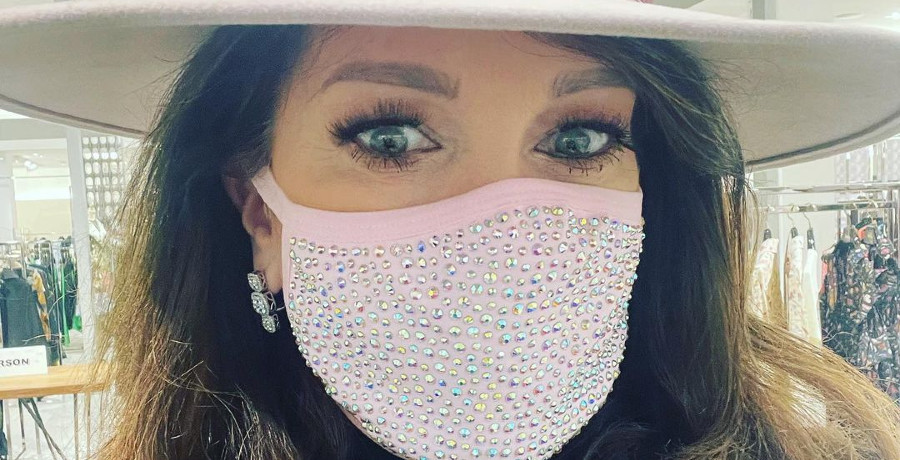 Was Lisa Vanderpump feeling a little shady during her appearance on Watch What Happens Live this week? She spoke about all things Bravo – including the baby boom happening with the Vanderpump Rules stars. Which pregnancy surprised her the most?

Between the end of Season 8 of Vanderpump Rules and March 2021, FOUR Vanderpump Rules stars had babies or are expecting babies. Stassi Schroeder was fired from Bravo in June of 2020 amid allegations of racially insensitive behavior. (She reportedly called the cops on co-star Faith Stowers.)

A week or so later, she shocked her fans by announcing that she was pregnant. At the time, she was engaged to Beau Clark. The two have since married in an intimate backyard wedding.

She gave birth to daughter Hartford Charlie Rose in January.

Her co-star Scheana Shay was also pregnant at the same time as Stassi. Sadly, Scheana miscarried just eight weeks into her pregnancy.

In September, Lala Kent and Brittany Cartwright both announced they were pregnant. As viewers saw, Brittany married Pump Rules OG Jax Taylor in 2019. Lala Kent is engaged to Hollywood producer/director Randall Emmett. He has two children from a previous marriage.

Brittany Cartwright is due in early April, but is officially on baby watch.

In late September, Scheana Shay joined the pregnancy club. She announced that she was expecting a rainbow baby with her boyfriend Brock Davies. She’s also due in April, Us Weekly reports.

Before any pregnancy announcement, several of the ladies from Vanderpump Rules joked about a “pregnancy pact.” They hoped to get pregnant at the same time so their kids could grow up together. Mission accomplished!

Lisa Vanderpump has a new show on the E! Network. Overserved With Lisa Vanderpump features her famous celeb friends as dinner guests at her home. The former RHOBH star joined Andy Cohen for Watch What Happens Live this week. During the “Pump You For Info” segment, Andy asked Lisa about the pregnancies. Specifically, which one surprised her the most.

She said that Lala and Brittany’s pregnancies weren’t a surprise, since both were “heading in that direction.” However, Scheana Shay’s pregnancy took Lisa by surprise. As viewers saw on the show, Scheana struggles with fertility and has undergone several egg retrieval surgeries.

In Lisa Vanderpump’s view, the pregnancy was a surprise to her because of the newness of Scheana and Brock’s relationship. In true Lisa fashion, she couldn’t resist throwing a little shade Scheana’s way. She said, “Scheana does fall in love pretty often, as we know…”

Does that mean Lisa and Scheana are on the outs? No! In fact, Lisa Vanderpump said they had just spoken a few days prior. And Scheana made a surprise appearance during another segment of the show.

Any Updates On New Season of Vanderpump Rules?

Season 8 of Vanderpump Rules ended at the height of the pandemic in June of 2020. Since that time, fans have been clamoring for any info about Season 9. We already know that Stassi Schroeder, Kristen Doute, Max Boyens and Brett Caprioni won’t be returning. The other three were also let go from the network when Stassi was fired.

Jax Taylor and Brittany Cartwright also won’t be returning. They announced the departure shortly after their pregnancy news. However, Lisa Vanderpump’s recent comments seemed to imply it wasn’t their choice to leave.

Despite the upheaval, the network seems to plan the show returning for Season 9. The restaurants in L.A., including SUR, are still in the reopening phase.

Andy Cohen and Lisa Vanderpump talked about the situation on WWHL. Neither one of them had any concrete information to share. But Lisa said the reopening is going in the right direction to resume filming soon.

Do you think Lisa’s comments about Scheana Shay’s love life were unnecessary? Or was it just Lisa being Lisa? Let us know your thoughts in the comments. Follow us on Twitter for all the latest TV news.