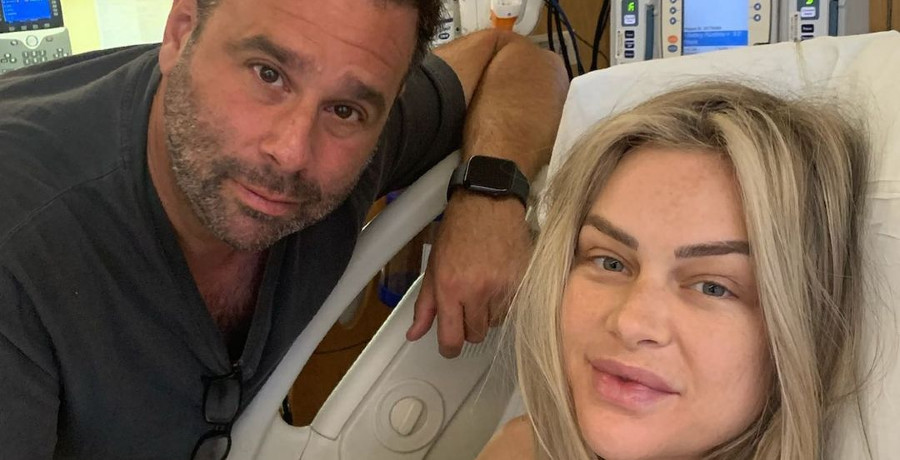 Get ready for cuteness overload. New mom Lala Kent just shared the first photo of her adorable baby girl’s face. She previously shared a breastfeeding photo that showed off the back of her baby’s head. Surprisingly, Lala didn’t wait for a magazine feature to reveal Ocean’s face. Check out the first photo of Lala’s daughter below.

Lala Kent has never been shying about showing off her body. A quick scroll of her Instagram feed reveals several nude photos with the important bits covered. Even as her body changed with pregnancy, Lala let it all hang out. She enjoyed several full-body nude photoshoots, including her maternity photos.

But now that her baby is here – how does she feel about her body? Prouder than ever! She took to her Instagram Stories a few days after she gave birth to share her postpartum body. Lala still has a little baby bump, but is almost back to her pre-pregnancy body.

Lala’s pregnancy wasn’t all nude photoshoots. Lala struggled with acne and other hazards of pregnancy.

Additionally, the first few months of her pregnancy was a scary time for the former SUR hostess. Us Weekly reports that Lala faced “placenta problems” throughout her pregnancy. In fact, her baby was born three weeks before the due date.

Despite the early arrival, Lala Kent and Randall Emmett’s baby is healthy and thriving.

On March 14, Randall Emmett posted on his Instagram that his fiance was in labor. The couple had fully expected the baby to come early. But still – prayers and love flowed in from friends, family and fans. Even Scheana Shay – who was feuding with Lala – sent her thoughts for a safe delivery.

Ocean Kent Emmett made her debut on March 15. However, the details were scarce. And the photos of the new baby all hid her face. But now Lala is ready to share more about her daughter with the world, including the first glimpse of Ocean’s face.

Lala took to her Instagram to share the photo. In the caption, she talks about how her life changed on March 15. She also gave details about the birth. Baby Ocean weighed in at “5 lb 10 oz.” She arrived in the world at “6:45” in the morning. Lala also shared the first photo of the adorable baby.

Stassi Schroeder has already expressed hope that Ocean will be close friends with her daughter Hartford. Stassi gave birth to Hartford Charlie Rose in January. Vanderpump Rules alum Brittany Cartwright is next to give birth. Her and Jax Taylor’s son is due in early April, but could come early.

Congratulations to our favorite Bravo stars on this new chapter in their life!