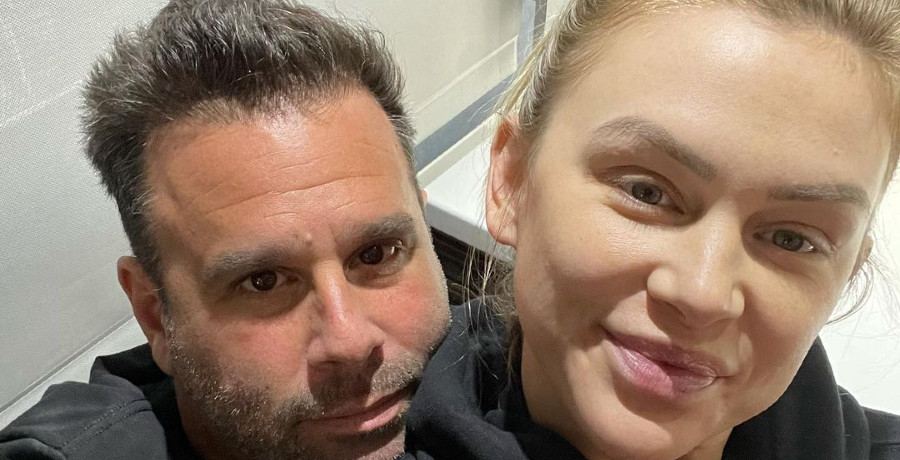 Lala Kent has reason to celebrate. She is the mother of a beautiful baby girl. The 31-year-old reality star went into labor on Sunday, March 14..  It is her first child with fiance Randall Emmett. He has two children from a previous relationship.

On Monday, Randall Emmett posted that their daughter had arrived.

If you don’t know, Lala Kent created a separate Instagram for her baby. Before her daughter’s arrival, she used @givethemlalababy to ask questions of other moms and moms-to-be. Lala had a number of concerns, including breastfeeding and what to pack in the hospital ‘go bag.’

However, it seems her biggest worry was delivering her baby early. Last month, she asked followers of the baby’s Instagram about early delivery. She asked for success stories of moms who delivered “before 40 weeks.” At the time, Lala was nearing 40 weeks, but not quite there.

Lala’s fans flooded the comment section with words of encouragement. A grateful Lala came back to thank them for their kind and reassuring words.

The Vanderpump Rules star also asked about giving birth during a pandemic. California is still under strict guidelines.

Lala also had cause for concern because her daughter’s initial growth was less than expected. It was a tense first few months of pregnancy.

Despite a few hiccups, Lala Kent and Randall Emmett have a healthy baby girl. Randall is also a Girl Dad to his daughters from his previous marriage. Actress Ambyr Childers hasn’t always had the best relationship with Lala Kent. However, the two have put their differences aside for the sake of their blended family.

To use a phrase from Lala’s Vanderpump Rules co-star Scheana Shay: “it’s all happening.” Lala Kent has a successful beauty line, Give Them Lala Beauty. She’s planning on wedding a hotshot Hollywood producer-turn-director.

She co-hosts the podcast Give Them Lala…And Randall with her fiance Randall Emmett.

Lala will soon add “published author” to her resume. Give Them Lala releases on Tuesday, May 4, 2021. The book is a collection of essays about her rise from Lauren from Utah to reality star extraordinaire.

Bravo has yet to announce when Vanderpump Rules will return to the network. It’s unclear if Lala Kent will be staying with the show for Season 9 and beyond. She is the 2nd Vanderpump Rules star to give birth this year.

Stassi Schroeder had a daughter, Hartford Charlie Rose, in January. Brittany Cartwright and Jax Taylor will be next, with their baby due soon after Lala’s. Scheana Shay will also become a first-time mom later this month.