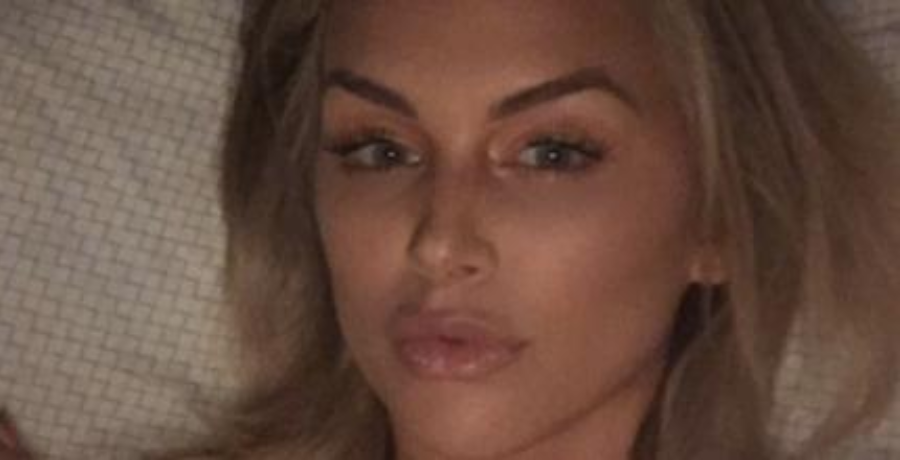 On Vanderpump Rules, Lala Kent prides herself as being a “bada** b*tch.” She doesn’t let things get to her. And when she fights, she fights back hard. But the reality star is showing a softer side of herself these days. She has a lot of questions and doubts about becoming a first-time mom.

As fans know, Lala is due to give birth in April. But some feel that she could have her baby sooner. She has a secret Instagram account called @givethemlalababy. She’s constantly posted questions about what to expect. Lala even praised the followers for sharing their stories and helping her out.

What is Lala Kent concerned about now?

The model has questions about breastfeeding. She recently asked: “Who had a hard time breastfeeding? If you did, was there shame that came with it?” Unfortunately, women are mommy-shamed for either choosing to breastfeed their children or not. There’s a lot of shame in the choices they make.

Lala’s followers shared their stories. She took to the comments section to react. Once the actress read their stories, she said that the “pressure” to breastfeed “is already fading away.” Lala admits that she has no plans on what to do. But she gets a lot of questions like how she’s going to give birth or whether she’s breastfeeding her baby girl. Honestly, she feels overwhelmed and pressured to make a decision.

“So many people say ‘don’t plan for anything,’ and in the next breath they’re asking you for my plans,” Lala continued. “Like, the breastfeeding question, or ‘are you doing a vaginal birth?’. Thank you for taking the time to tell me your experiences, mamas.” Lala continues to have concerns about her pregnancy. This comes after she worried about giving birth sooner than anticipated. But the Pump Rules star hasn’t shared those plans. This is a change of pace from the self-assured woman she chooses to convey on the Bravo show.

Recalls a time doctors were “concerned” about her baby’s growth

In a previous Instagram post, Lala Kent shared some of the complications she’s faced before her baby’s birth. The 30-year-old recalled the time she “started bleeding” on Wednesday, February 24. Obviously, it was a concern for her and her fiance Randall Emmett. Even doctors were “concerned” about her baby’s growth due to bleeding and “placenta problem.”

“At six weeks, I started bleeding,” the television personality wrote, according to Us Weekly. “I went to the emergency room, already knowing what they could tell me. They took me into a room for an ultrasound and I laid there quietly.”

Thankfully, Lala “heard the pitter-patter of my baby’s heartbeat.” Her doctor told her, “Your baby is still there.” She says she was “nervous” about losing her baby.

“For the next three weeks, I would continue to randomly bleed and each time, I would call my OB and be beside myself,” Lala continued. “Although bleeding during pregnancy isn’t normal, it is common. My bleeding was the result of a clot. I was put on bed rest until it was gone.”

The Give Them Lala creator said that doctors were especially “concerned” about her baby’s growth and asked her to return in two weeks. Doctors then learned that it was a “placenta problem.” Since then, she’s been seeing her doctor “two days a week.” They have monitored her baby’s “heartbeat and growth.”

Lala prays for a happy and healthy birth. Her doctors will make the call on whether to deliver the baby “anywhere from 35 to 37 weeks.” Understandably, this has consumed Lala’s mind ever since. The Utah native announced her pregnancy news in September 2020.

Stream This: Lucy Lawless Back For ‘My Life Is Murder’ On Acorn TV, Preview
At Eight Months Sober, Chase Chrisley Celebrates Home Ownership
Lilah Roloff’s Adorable Point Kills During Zoo Trip With Matt & Caryn
‘You, Me, And My Ex’ Alex Hines STILL Defending Relationship With Caroline
‘Welcome To Plathville Season 3’ Will The Family Make Amends?