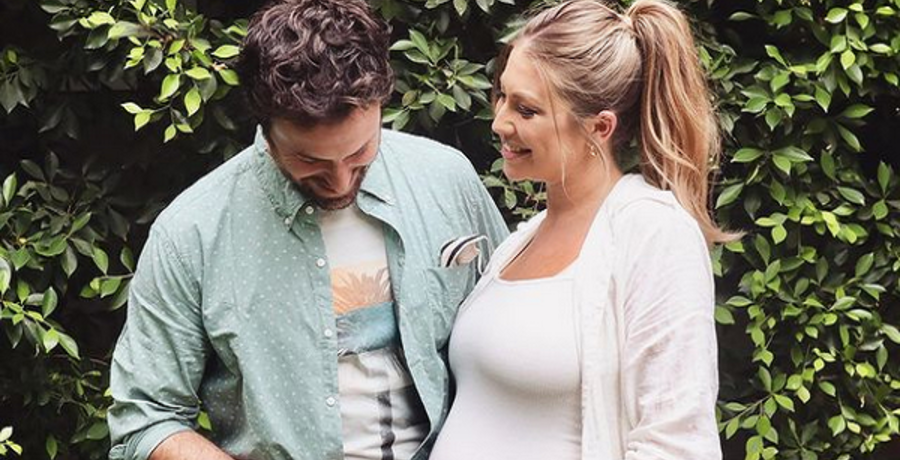 Stassi Schroeder finally gave birth. Earlier today, TV Shows Ace announced the exciting news. For weeks, the Vanderpump Rules alum tried everything to induce her labor early. She even shared the perils of pregnancy. Stassi broke down in an emotional Instagram Stories post amid the hate she was getting.

But now, she gets to enjoy some happy news. Her baby girl is finally here. She was born on Thursday, January 7, 2021. Stassi finally got her Capricorn child. And now fans are dying to know what she decided to name her little girl. She previously nicknamed her “Baby H” on Instagram.

Stassi Schroeder announces the name of her baby girl

Neither Stassi Schroeder nor Beau Clark announced the news on their respective Instagram pages. Instead, the couple made the announcement through the media. As of right now, fans don’t know what the baby looks like. All they know is that she’s happy and healthy, and so is her reality TV mother.

In an exclusive interview with People, Stassi and Beau revealed the name of their baby. They named their daughter Hartford Charlie Rose Clark, according to their rep. They choose the name in honor of Beau’s father and Stassi’s grandmother. Their names are Charlie and Rose, respectively. Also, the couple released a statement to the magazine.

“We truly cannot begin to describe the happiness and joy we are feeling at this moment,” Stassi and Beau told People. “It’s something that you hear from all new parents right after birth, but something magical happens.”

“We are feeling so blessed and grateful to have a beautiful and most importantly, healthy baby girl,” the couple added.

Stassi Schroeder dealt with a lot during that time. Bravo fired her from Vanderpump Rules. Then, reports circulated in June that she was pregnant. Stassi confirmed that she was expecting her first child and having a daughter. Since then, she’s been busy preparing for the arrival of her little one.

The network axed Stassi from eight seasons in June. Bravo’s decision came after her former co-star Faith Stowers revealed her racist actions. In her first post-firing interview on The Tamron Hall Show, the Next Level Basic author said she wanted to become a better person for her future child. She even revealed that she hired a diversity coach to change her behavior.

“I’m pregnant and I want my daughter to be proud of me and I want to be part of the solution,” Stassi said. “I’ve been part of the problem for years now and I recognize that.”

Stassi and Beau tied the knot in a secret ceremony in September 2020. Their Italian wedding was canceled due to the coronavirus pandemic. In October, Stassi also said that her doctor found a hole in her baby’s heart, but expected it to heal on its own. Now, it appears that the family is doing fine. In the meantime, Pump Rules fans are wondering who in the pregnancy will give birth next.

‘Dancing With The Stars’: Lindsay Arnold Addresses Photoshopping Rumors
‘Love After Lockup’: Angela Getting Rid of Tony’s Things – What Did He Do This Time?
Is The ‘Sister Wives’ Bunch Moving AGAIN? What’s Changed?
Kanye West Reveals Dating Preferences Post Kim Kardashian Divorce
‘The Bold And The Beautiful’ Spoilers: Will Liam Confess?