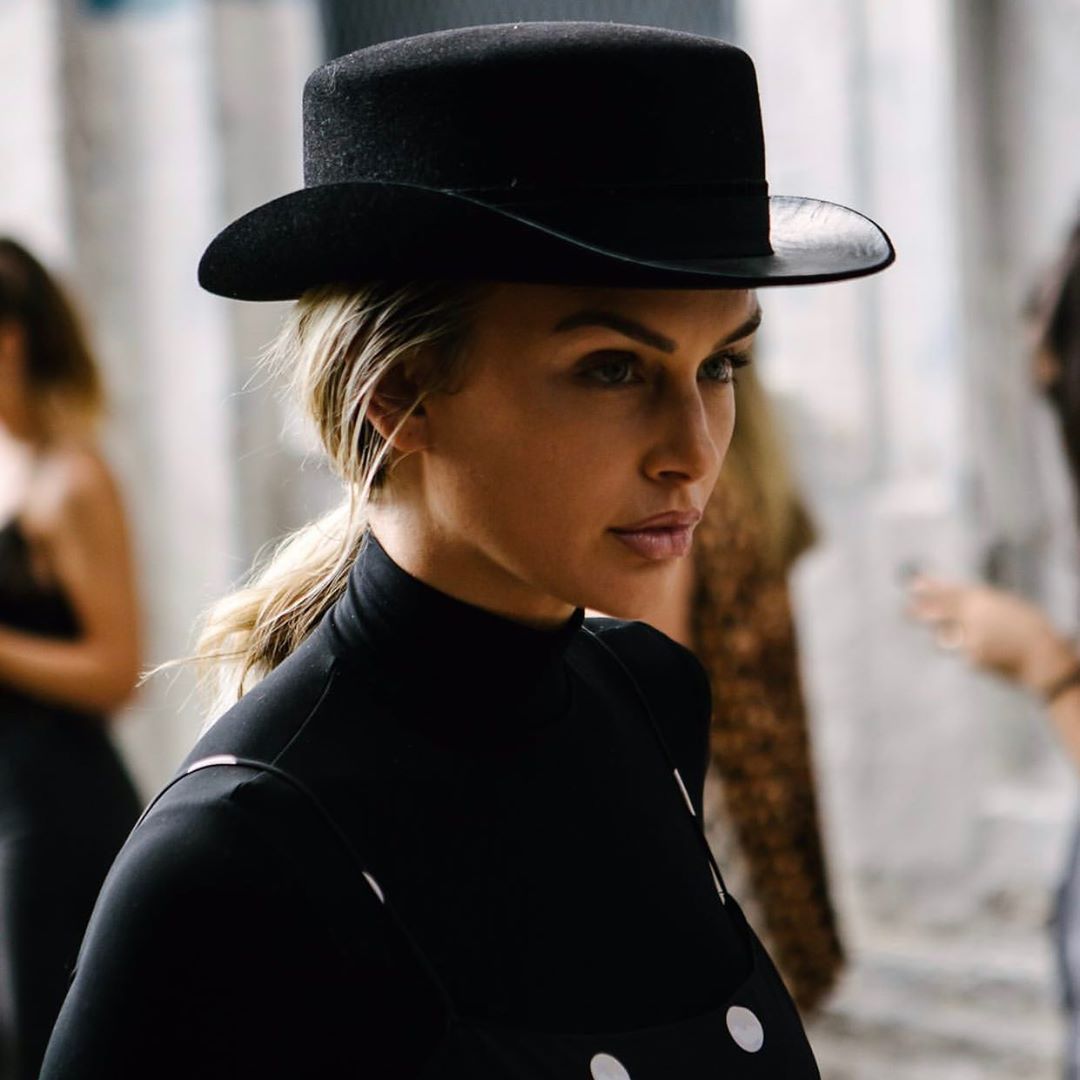 With 2020 right around the corner, Bravo stars are spreading goodwill by ending feuds. Vanderpump Rules’ Lala Kent shared a holiday miracle with fans when she posted a photo with actress Ambyr Childers.

Ambyr was once married to movie producer Randall Emmett, AKA, Lala’s fiancé. Randall and Ambyr were still married when he started dating Lala. Needless to say, that led to a years-long feud that played out on social media.

Randall and Ambyr were official divorced in 2017. However, he’s been mentioned on Vanderpump Rules as Lala’s “man” for years before that. The two women did not get along due to the controversial beginning of Lala and Randall’s relationship.

In fact, just four months ago, the You actress called out Lala for posting pictures of the two daughters Ambyr shares with Randall. According to Yahoo Entertainment, Ambyr wrote a message directed at Lala on her Instagram stories.

Since you don’t want to answer my text messages, I’ll try here. Lala, I appreciate your love towards my children, but until you’re officially their stepmother please refrain from posting my children on social media! I hope understand where I’m coming from. Many thanks.”

Given that Lala posted a sweet holiday photo with Ambyr and Randall’s daughter Rylee, the message may be null and void. The photo was of Lala and Rylee in front of a Christmas tree.

To say she is an angel child is a very big understatement. She is a boss baby. You can’t hustle her- but once you’re in with Rylee, her love and cuddles are like nothing else. I’m grateful for your mama and dad for sharing you with me, Ry Bear”

To say she is an angel child is a very big understatement. She is a boss baby. You can’t hustle her- but once you’re in with Rylee, her love and cuddles are like nothing else. I’m grateful for your mama and dad for sharing you with me, Ry Bear ♥️

Both Ambyr and the Vanderpump Rules star posted a photo of them together on their individual Instagram Stories. The duo appear together in front of a Christmas tree. Lala captioned her photo: “Christmas came early to me, from me. See what I got from @ambyrchilders jewelry.”

VPR’sLala followed up by posting a close-up of the Native American-inspired necklace Ambyr gifted her from her own jewelry line.

Ambry reposted the photo thanking Lala for her support. The actress also alluded to the end of the feud by promoting togetherness.

I woke up with so much gratitude this morning. Thank you so much for your support @lalakent. Alone we hold strength, but together we RISE.”

Randall Posts Video of the VPR Star and His Ex

Further proof that Ambyr and the VPR star have buried the hatchet was evident on Randall’s Instagram. The film producer posted a video of his ex and his current fiancée chatting over holiday gifts.

In the short clip, Lala and Ambyr exchange a gift while the two kids look on.

Randall captioned the photo, “Happy Chanukah and Merry Christmas, a very special one for so many reasons.” He included the hashtag #ModernFamily.

Happy Chanukah and Merry Christmas, a very special one for so many reasons. @ambyrchilders @lalakent #modernfamily

Lala and Randall plan to marry in early 2020. The friendly posts seem to indicate that they have Ambyr’s blessing. Randall will also appear on the upcoming season of Vanderpump Rules for the first time.

Vanderpump Rules returns to Bravo for Season 8 on January, 7, 2020.