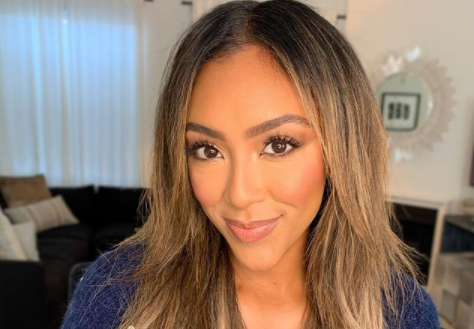 Rumors have been going around all week about whether or not Tayshia Adams and Zac Clark are still an item. Has this former Bachelorette contestant ended the engagement? Read on to get the official answer on this Bachelor Nation drama.

Rumors Have Been Flying About Tayshia Adams

As Tv Shows Ace previously reported, rumors have been flying wildly recently about former Bachelorette, Tayshia Adams, and Zac Clark.  The pair got together just six months ago when Adams gave Zac her final rose at the end of Season 16. Things seemed to be going quite well between these two gorgeous Millenials, however, fans became very concerned when Zac’s mom was discovered to have ‘unfollowed’ Tayshia on social media. Additionally, some very observant fans noticed that Adams was not wearing her engagement ring in a few recent social media posts.

If all that wasn’t enough – in succession to the first two events, fans quickly noticed that not only had Zac’s mother unfollowed her supposed future daughter-in-law, but Zac also seemed missing from Tayshia’s social media. Fans who regularly follow this celeb are accustomed to seeing Adam’s doting fiance commenting/liking nearly every post she makes. Then suddenly… nothing. Over the last several days, Zac’s face had been noticeably missing from her posts – most notably, the post where Tayshia announced that she and fellow Bachelor Nation alum Kaitlyn Britostowe would be co-hosting the next season of The Bachelorette.

This has left fans wondering – have Tayshia Adams and Zac Clark suddenly ended their engagement?

Over the last few hours – new information has emerged. First, we’re not sure why she initially unfollowed Tayshia, but Zac’s mom did re-follow her social media shortly after her absence was discovered. Was it an accident? Was she trying to adjust notifications or click something else on the profile? We don’t know. What we do know is that according to Life and Style several fans deep dove into Adam’s followers. They found that her future mother-in-law had re-subscribed and was back in her list of followers.

One of the big concerns that Bachelorette fans had was that Tayshia was not wearing her engagement ring. In such a new, high-profile relationship – it seems very odd that she would choose not to wear her ring. So, it’s understandable that her fans would have a lot of questions. Did she lose her ring? Had the pair split and she was no longer comfortable wearing it? Thankfully the answer to that issue was a lot less complicated than feared.

People reported earlier today that Adams answered fans about the ring thing on her Instagram. Apparently, the reality dating celeb dropped off her ring to have it resized after it nearly flew off her finger during a live video with fans last week. At the time she traveling for work and had to wait until she was back in LA so that she could drop her ring off to have it properly sized for her hand.

Did Tayshia Adams and Zac Clark End Their Engagement?

Thankfully for fans, this down-to-earth Bachelorette quickly spoke out about the breakup rumors. In her story vid, Tayshia says that she is thankful and grateful that so many fans were concerned.  She was, however, that very confused why people thought she and Zac had split.

Tashia quickly squashed the rumors on the record and says that no, she and Zac are doing great. The reality celeb emphasizes that there is no need for alarm. The ring was being professionally resized. “We’re good,” she says, “we’re chillin.”

Whew! Were you as scared as we were? Tell us what you think about this Bachelor Nation couple by tweeting us on social media @TVShowsAce.

Did ’90 Day Fiance’ Star Olga Koshimbetova Get Her Green Card Yet?
Winder Family Releases Strong Statement About Recent Backlash
‘This Is Us’ Season 6 Confirmed as the End: No Season 7 for the Pearsons
Ashley Iaconetti Updates Fans On Jared’s College Progress
Kourtney Kardashian, Travis Barker Take Shocking Step In Relationship