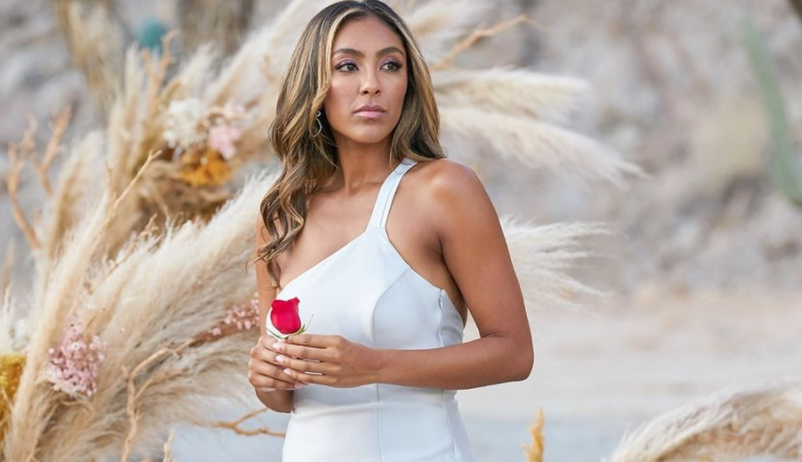 Now that The Bachelorette is over, everyone has one question. Are Tayshia and her fiance still together? Luckily, there seems to be an answer.

Are ‘The Bachelorette’ couple still together?

Tayshia Adams and Zac Clark had a dreamy Bachelorette engagement tonight. Of course, they confessed their love for each other and when Zac got down on one knee, Tayshia said yes. Now, fans are wondering if they are still together since there was no After the Final Rose episode.

According to Reality Steve, the answer is yes, they are still engaged.

Normally, fans would get to see the couple now on After the Final Rose and hear how everything is going and if there are any wedding plans. Unfortunately, there is only social media for hints now on their relationship status.

“(SPOILER) Took me a while, and I assumed it was the case as I wrote today, but I can confirm now that Tayshia and Zac get engaged in finale and are still engaged today,” Steve writes in a tweet today.

It seems like everyone in the comments was pretty excited. After all, Zac and Tayshia have had one of the best Bachelorette love stories in a while.

(SPOILER) Took me a while, and I assumed it was the case as I wrote today, but I can confirm now that Tayshia and Zac get engaged in finale and are still engaged today.

Other than just an engagement, the episode had a lot of drama. It all kicked off with Tayshia letting Ben stay after he came to confess his love. Last week, Ben got sent home because he wouldn’t express any emotion. This week, he came back and Tayshia let him stay (only to send him home again, womp womp).

Not only that, but she sent Ivan home right at the beginning. This came as a shock because that couple really seemed to hit it off. However, Tayshia says that their religious differences were too much for them. It’s still unclear as to what religion Ivan is.

However, it’s speculated that he is Islamic. This is because his brother (who he is very close to) has a quote from an Islamic philosopher in his Instagram bio.

If this is true, it makes sense as to why Tayshia would be concerned about their religious differences.

In the end, it seems she made the right decision and really ended up with the love of her life.

Did you like this season of The Bachelorette? Let us know in the comments below.

Come back to TV Shows Ace for more news on all of Bachelor Nation.