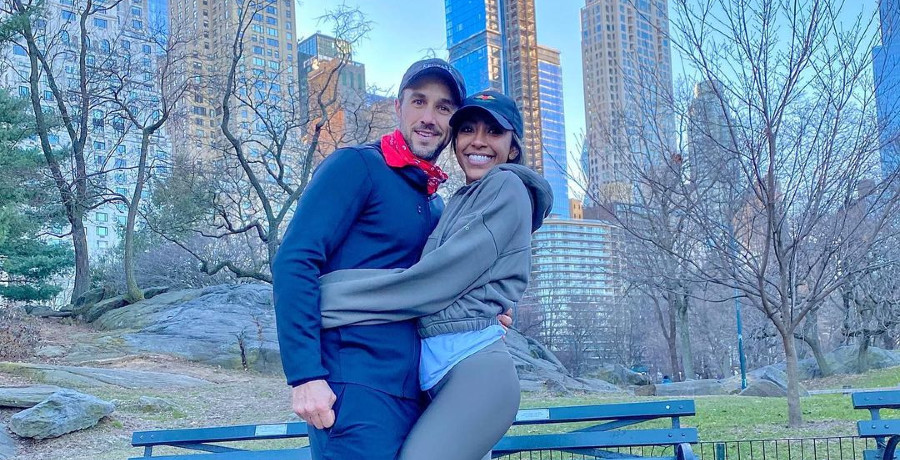 Is Tayshia Adams’ relationship with fiance Zac Clark on the rocks? There are several red flags waving high to indicate they may be over. Could they be the latest Bachelor Nation couple to call it quits?

Eagle-eyed fans on social media are often the ones spotting the first signs of an imminent celebrity break-up. Zac Clark won Tayshia Adams’ final rose and her heart during Season 16 of The Bachelorette. But one concern plagued fans from the beginning – could she find lasting love with Clare Crawley’s scorned men?

Season 16 was supposed to be Clare Crawley’s season. But she left after two weeks of filming, smitten with contestant Dale Moss. Dale and Clare’s relationship fizzled out just a few months later. They broke up in January. Despite splitting up, they have been spotted together several times this month.

When Clare left, most of her former suitors chose to stay and look for love with Tayshia Adams. During the Season 16 finale, Tayshia accepted a proposal from Zac Clark. The two began a long-distance, bicoastal relationship.

Zac lives in New York City. Tayshia is a California girl at heart. She recently wondered on an Instagram post why she ever moved to NYC “midwinter.” Zac Clark replied, “Cause when the fountains thaw out we gonna swim in em.”

That was the last time he left a comment on her Instagram posts. Neither Tayshia or Zac have shared photos together in over three weeks. But that could be due to living in different parts of the country.

Additionally, fans find it odd that he didn’t congratulate Tayshia on her new job. Tayshia and Kaitlyn are stepping in as co-hosts for Season 17 of The Bachelorette.

Chris Harrison seemed to accept that he wouldn’t be the host. During his appearance on GMA, he said, “This interview is not the finish line.”

Many Bachelor Nation alums left congratulatory comments on Tayshia’s post. But Zac Clark wasn’t one of them.

The Odds Are Against Them

Brides.com reported 18 couples from all seasons combined are still going strong. One of the couples they listed is Tayshia and Zac. That number may fall to 17 if the rumors are correct.

Most final rose winners never see the end of the wedding aisle. Neither Tayshia or Zac have given any attention to the rumors. However, he did ‘like’ several of her latest posts.

Read an update on this developing story here.