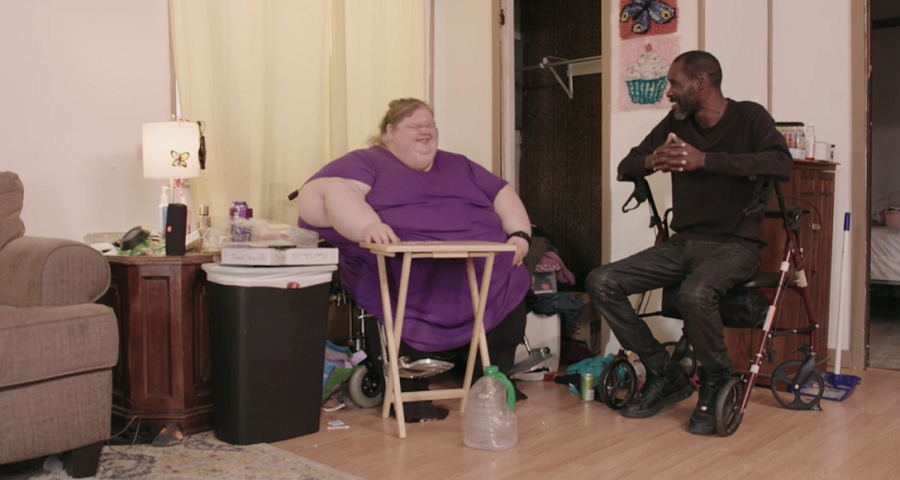 Jerry Sykes showing up in another episode of 1000-Lb. Sisters and being labeled as Tammy Slaton’s boyfriend is probably confusing to fans. Why? Well, because those who follow Tammy on social media know she and Jerry are no longer together. They, however, were together around the time that Amy gave birth to her son Gage. Now, if you are anything like us, your jaw might’ve hit the floor when Jerry Sykes made an appearance in tonight’s episode. The question is simple: why? What is Jerry Sykes doing back in town?

Jaws of fans everywhere probably hit the floor when none other than Jerry Sykes himself showed up in tonight’s episode of the series. Truthfully, even Tammy Slaton seemed a little surprised to see Jerry. And, she’s the one that called him.

Tammy Slaton explained that when Amy went to the hospital to have the baby she was worried to be alone. She was scared she would emotionally eat. Furthermore, she was extremely worried about her sister. And, her unborn nephew, of course! She was hoping Jerry would offer a nice distraction. So, she called him up and asked if there was any way he would come stay with her for a while.

Tammy Slaton admits she was surprised when Jerry showed up at her house. She did call him. But, she did not expect him to come. Unfortunately, doesn’t sound like she had a lot of faith in her boyfriend during the time they were together.

Fans learn Jerry Sykes plans on sticking around for a week. He explained that Tammy called him. And, he knew she would be all alone during this stressful time. Jerry decided to come and be with her. Just to keep her company.

Seems like the talk with Chris Combs did some good

The last time Jerry Sykes visited Tammy, it was not good for her. Chris Combs ended up calling Jerry out for enabling her and bringing her things that were bad for her diet. This time around, it sounds like Jerry Sykes really listened to Tammy’s brother.

Jerry Sykes got to meet the baby via FaceTime before heading back home. Oddly enough, he seemed to be more excited by the baby compared to Tammy. He noted Gage looked exactly like his daddy more than a few times. Tammy, on the other hand, was difficult to read during this phone call. It wasn’t clear was she was feeling. Moreover, it didn’t sound like she knew what she was feeling either.

Amy admits she was a little dumbfounded as to why her sister was not more excited to meet her son. What do you think Tammy was feeling at that moment. Moreover, were you surprised to see Jerry Sykes come back around?