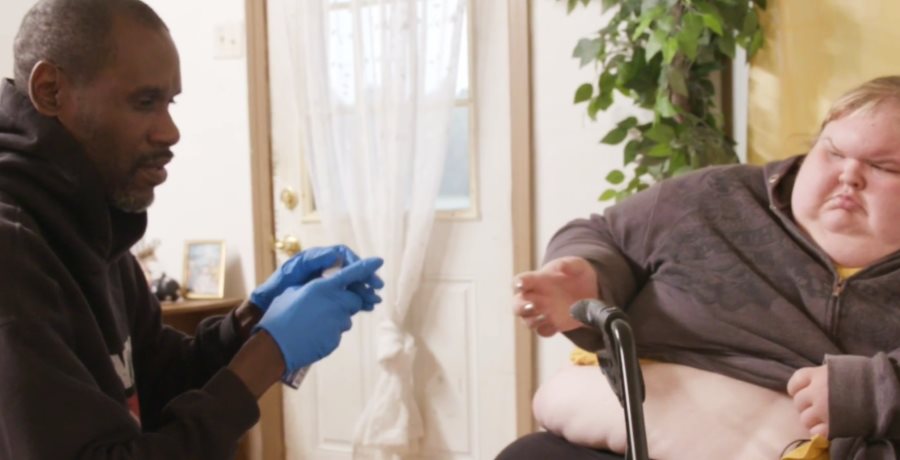 Tammy Slaton’s boyfriend Jerry Sykes showed fans a much softer side of himself during tonight’s episode. The question is: was this enough to redeem him in the eyes of fans?

It is no secret that fans of Tammy Slaton do not care for her boyfriend Jerry Sykes. They have been pretty adamant that she needs to kick him to the curb. Noticeably, he doesn’t help with pushing Tammy around. And, fans assume this is because he simply isn’t big enough or strong enough. So, they have to question how he could really be a good fit for Tammy. Would he be of any help to her in an emergency situation? Fans don’t really think so.

During tonight’s episode of 1000-LB.  Sisters, we saw a much softer side of Jerry. There was a quick scene where Jerry walked in on Tammy sitting on the couch and asked what she was doing. She explained she had a nasty spider bite. She got it during the hayride the other day. 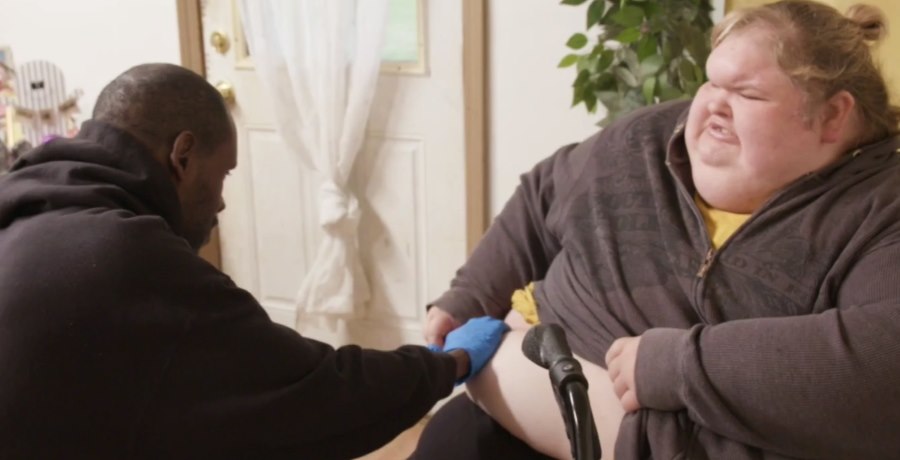 Jerry could tell Tammy was struggling to clean and dress the wound. It was in an awkward spot on her side. Jerry offered to help Tammy so the wound could get treated properly. He put on some latex gloves and proceeded to help her with her wound. This was a very tender and unexpected moment from Jerry. Speaking to the cameras, Jerry admits he worries about these kinds of things. He knows Tammy really can’t reach that wound on her own. And, it isn’t going to get proper treatment if she doesn’t have someone helping her.

He wonders how she’s going to handle things like this when Amy has her baby and Tammy ends up on her own.

Is this enough to redeem him?

Eh, probably not. Unfortunately, those who follow Tammy on social media know she and Jerry are no longer together. How they split up is unclear. But, she definitely makes it seem like it wasn’t her decision. Moreover, he seems to laugh any time producers ask about the next chapter in the relationship. So, most fans were probably happy to see him go.