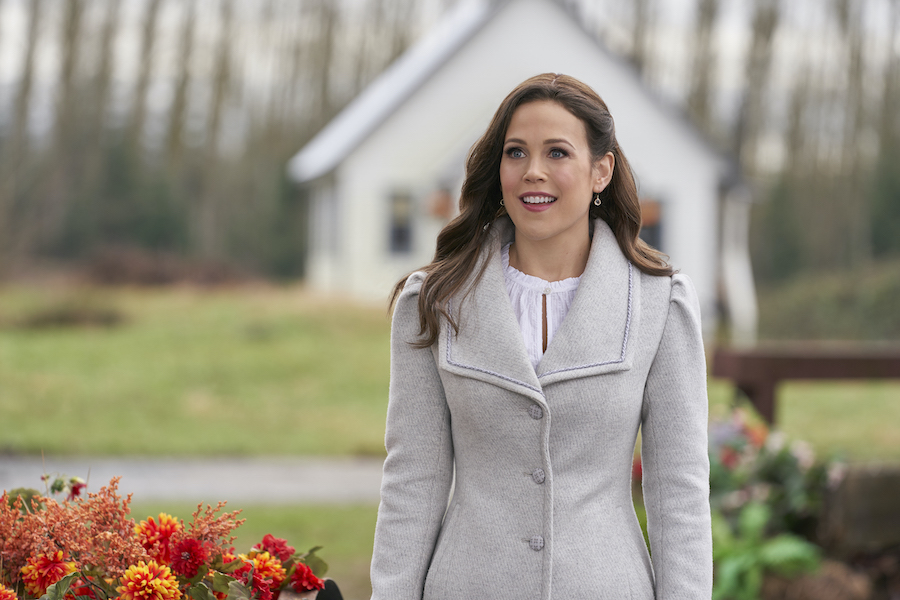 In the most recent When Calls The Heart Season 8 preview, we see Elizabeth Thornton (Erin Krakow) make the biggest move ever. She is ready to stop stringing along two deserving guys, and an emotional fanbase, and finally pick one of them.

What did the most recent preview reveal about the Elizabeth, Lucas (Chris McNally) and Nathan (Kevin McGarry) love triangle?

When Calls The Heart Preview Shows Elizabeth Moving On!

On Friday, Hallmark released a new When Calls The Heart Season 8 trailer. At the very beginning, hearties can see Elizabeth Thatcher Thornton take off her wedding ring. This was from her marriage to Jack Thornton (Daniel Lessing), who died back in Season 5. This scene was played out in dramatic fashion.

As Elizabeth takes off her ring, we see Rosemary Coulter (Pascale Hutton) encourage Elizabeth to move on. Lovingly, Rosemary tells Elizabeth, “You lost your husband, but you will find your way.”

in this symbolic gesture, Elizabeth is finally ready to move forward. She is ready to let love in.

Now, who is Elizabeth going to choose? For two seasons, she has left two “good men” hanging. Will it be mountie Nathan Grant? Or will it be suave saloon owner, Lucas Bouchard? Will fans finally know who she picks?

The When Calls The Heart Triangle Will Resolve In Season 8

The good news is that yes, Elizabeth will finally choose her man. Erin Krakow has promised that in Season 8, the triangle will be over. Moreover, it does not appear to be the final scene of the season. We will get to see Elizabeth choose and then go “courting.”

Yes! This means romantic dates and really falling in love!

Erin Krakow admits it is “about time” to end this never-ending love triangle. She admits that “love triangles are so exciting to watch.” But contends that the fans have felt frustrated by this seesaw. Moreover, the storyline stays stagnant. One relationship must move forward.

And just maybe we can see a wedding in an upcoming season?

Will There Be A WCTH Season 9?

Back in November, there was a rumor going around that Hallmark was canceling When Calls The Heart. There is nothing further from the truth. Erin Krakow addressed hearties by tweeting “I haven’t heard anything about that! We hope to be in Hope Valley for a ‘good, long while!”

Subsequently, executive producer and the show’s co-creator Brian Bird also had squashed those rumors. “#Hearties for accurate information, go straight to #TheTeacher, Mrs. Thorton. If she has her way, @WCTH_TV will beat the 31-season record of @TheSimpsons.”

So, maybe we can hope for that wedding next season? First, we need to see who Elizabeth chooses!

Don’t forget to catch the When Calls The Heart Season 8 premiere on Sunday, February 21, at 9 p.m. on the Hallmark Channel.