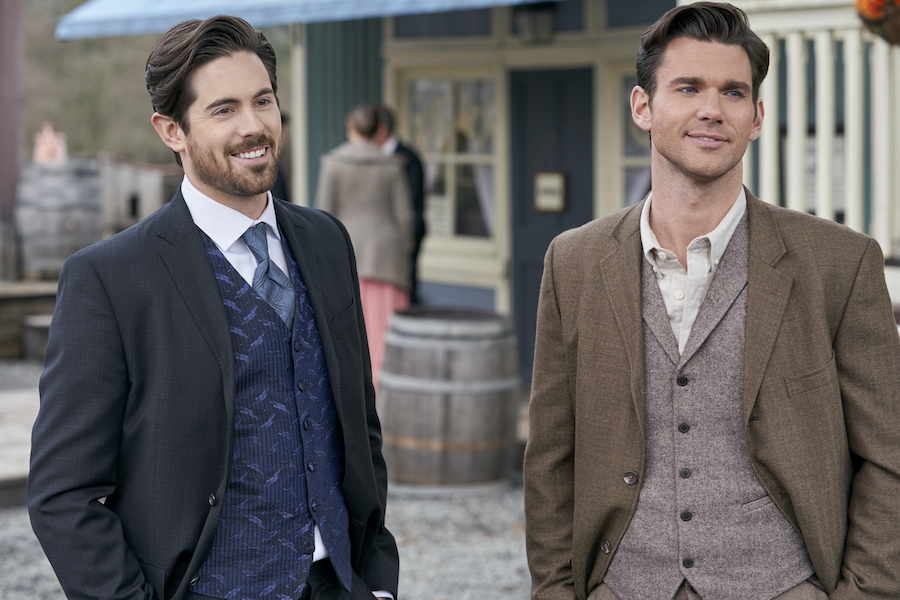 When Calls The Heart has been dividing fans for the past two seasons. Some are on Team Nathan (Kevin McGarry)  and others on Team Lucas (Chris McNally). The good news is that hearties will finally get some resolution. That is because Elizabeth Thatcher Thornton (Erin Krakow) will finally pick her man.

What do we know about the upcoming Season 8?

In When Calls The Heart Season 8 Elizabeth Make A Decision

On Friday, When Calls The Heart star Erin Krakow spoke exclusively to ET about Season 8. The co-executive producer of the Hallmark show announced that Elizabeth will make her choice. “I am happy to say that we will, in Season 8, have a decision and we’ll get to see Elizabeth move on with her romantic life.”

Krakow went on to discuss the romantic triangle of Elizabeth, Nathan and Lucas. Explaining that at first, it was fun, she believes that Elizabeth and Jack need to move on with their lives. Moreover, fans will finally see a “real courtship.”

Ultimately, she thinks “it’s about time” for this revelation. “Love triangles are so exciting to watch and I’m really proud of the way we’ve told this story, but they’re also really frustrating and I have felt that from the fans.” Erin is talking about some of the frustration in WCTH fan groups and message boards. A resolution will allow fans to cheer Elizabeth on with whomever she chooses, instead of disagreeing with other fans on who is best for her. That uncertainty has been very frustrating. And, it is not fair to the guy that does not win over Elizabeth.

There is no doubt, both suitors are wonderful. But, when will hearties find out who Elizabeth chooses? Well, hearties will immediately know, because this is the guy she kisses! This sounds very romantic.

Who Is Leaving Hope Valley?

Now the question is, will the love triangle loser leave town? Erin Krakow has made it clear that “Nobody’s leaving town.” Chris McNally even assures fans that things are going to end up great for everyone. “I think fans that are hoping that things will come together in a positive way for everybody, they’ll be pleased with how things wrap up this season.”

Of course everything will end up positive. After all, this is Hope Valley.

Hearties better get out their calendars. The When Calls The Heart Season 8 premiere is Sunday, February 21, at 9 p.m. Eastern, on the Hallmark Channel. Moreover, Season 8 will be a longer season. This year, there will be 12 episodes. This is something fans have wanted for quite some time.

Although they added more episodes, the 2020 Christmas movie was axed. Originally, Hallmark did announce there would be a Christmas movie. But, they have been filming under more stringent coronavirus conditions. They wore masks, social distanced and worked in “pods.” That means that people with the same jobs hung out together. There was no mixing. They also made adjustments to the all day buffet, in order to keep everyone safe.

Nonetheless, they made it work. Most importantly, Erin Krakow says that When Calls The Heart Season 8 is “all about romance.”

Hearties, are you ready?