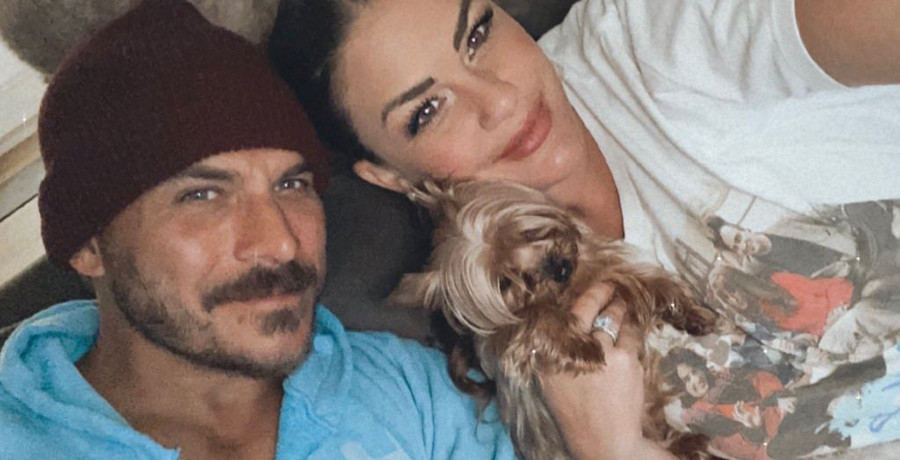 Vanderpump Rules alum Brittany Cartwright is just a few months away from giving birth to her first child. But first, she celebrated her 32nd birthday on January 25. Her husband, Jax Taylor, posted a sweet birthday tribute to his wife, along with a throwback photo of Brittany in her younger years.

Jax Taylor married the love of his life, Brittany Cartwright, in her home state of Kentucky in June of 2019. Vanderpump Rules viewers saw a large chunk of their relationship play out on-screen. In fact, fans watched when she moved from the south to sunny California.

Fans also watched in horror as Brittany learned that Jax had cheated on her with a co-worker from SUR. However, Brittany forgave Jax and in September 2020, they announced they were expecting a baby in 2021.

Jax paid tribute to his pregnant wife on her birthday. He took to his Instagram to share a sweet note of appreciation for the Kentucky beauty. He wrote that despite recent hardships, Brittany “smiles every day.”

In addition to the sweet post on his Instagram feed, Jax also posted in his Instagram Stories. In one slide, he shared the balloons that Brittany got for her birthday. But another of his slides was a gift for Vanderpump Rules fans.

Jax shared a photo of a younger Brittany. In the photo, she looks to be about 20 or so. Some features of her face are still recognizable, particularly her beautiful smile.

Her husband added a “Hot Stuff” sticker to the photo.

What Are Jax & Brittany’s Future Plans?

He alluded to a possible show in his tribute to Brittany on her birthday. He wrote that he was “so excited” for their “future projects.” One part of their plan may be moving to Kentucky, at least part-time.

Whatever the future holds for the couple, Jax is ready for “the next chapter” to begin. Several of Brittany’s co-stars wished her a happy birthday in the comments of Jax’s post.

As Bravoholics know, Lala Kent and Scheana Shay are due to give birth around the same time as Brittany. Former Vanderpump Rules star Stassi Schroeder recently gave birth to a daughter, Hartford Charlie Rose.

Best wishes to Brittany Cartwright on her birthday! Check back with us often for any updates on a possible Vanderpump Rules Season 9.