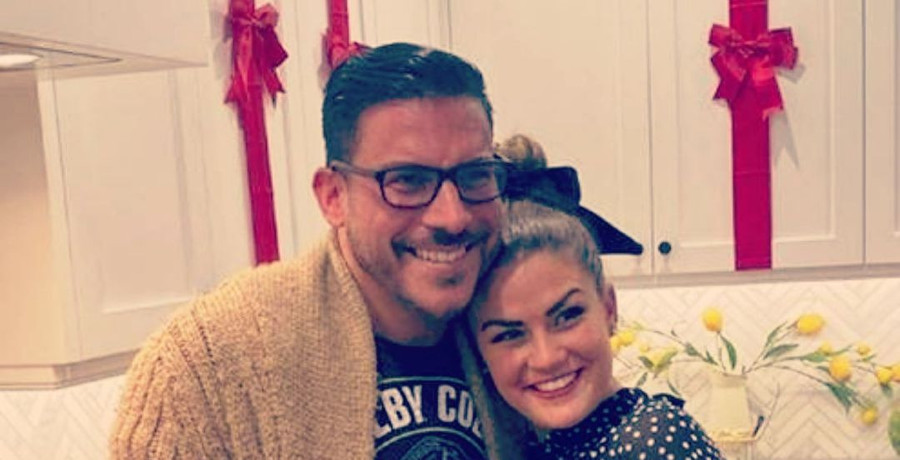 Vanderpump Rules alums Brittany Cartwright and Jax Taylor are seemingly making some big moves. The couple is expecting their first child in April. Toward the end of 2020, they rocked Bravoholics by announcing their joint departure from the show.

Now it seems they are planning even more changes. As fans likely know, Brittany is a Kentucky native. Her mom and many family members still live out there. In fact, the couple’s 2019 wedding was at a castle in Kentucky. Jax and Brittany are planning a big move to be closer to her family.

In 2017, the popular Pump Rules couple got their own spin-off with Bravo. Jax and Brittany Take Kentucky featured Jax and Brittany on vacation in the Bluegrass State. The show only lasted one season, but the couple still spends a fair amount of time in Brittany’s home state.

In July, Brittany had to rush home to her mom’s bedside after a routine surgery went sideways. Sherri Cartwright recovered, only to end up back in the hospital in October. Last month, Sherri gave Vanderpump Rules fans an update on her health.

Not surprisingly, Brittany wants to be closer to her mom. Especially before her baby boy is born in a few months. One Bravoholic, Twitter user @erinheartscoco, “took one for the team” and sent Sherri Cartwright a direct message after spying clues of a big move on Jax’s Instagram. The fan wrote, “Please tell me Jax and Britt are moving to be closer to you.”

Sherri Cartwright confirmed that the former Vanderpump Rules stars “are looking” at houses in Kentucky. Gossip site Reality Blurb shared the screenshot of the tweet, which we tracked down. Fans can read the entire exchange below.

You guys-I did something pretty great. In a FB group we were speculating that Jax & Brittany might be moving to Kentucky. I took one for the team. Behold!!! #PumpRules #vanderpumprules pic.twitter.com/PNRbMGrUUP

Jax Calls Brittany His ‘Partner For Life’ in Sweet Selfie

Brittany Cartwright has been sharing her pregnancy journey with fans. She often posts photos of her growing baby bump to her Instagram. However, due to trolls, there was a period of time when she posted mostly on her Instagram Stories, where people can’t leave comments.

But that seems to have changed in the last month. At the end of December, Brittany ushered in a new year by telling the trolls where they can go. Since then, she has shared several bumpdates. Just a few days ago, she posted a photo of herself wearing a bra, her baby bump and not much else.

In the caption, she encouraged fans to feel “confident in your body.” She also asked fans to drop suggestions for her upcoming maternity shoot. Most fans were too distracted by how gorgeous Brittany looked to leave any suggestions.

Jax also shared a sweet selfie with his wife. In the caption, he called Brittany his “partner for life.”

Brittany’s former co-star, Stassi Schroeder, finally had her baby girl a few days ago. Many fans are putting their money on Brittany Cartwright as the next Pump Rules alum to give birth. Lala Kent and Scheana Shay are also expecting babies. All three ladies are due around the same time in April.

Many Bravoholics are clamoring for another Jax and Brittany spin-off, but Bravo has yet to announce any plans. A new season of Vanderpump Rules is also on hold due to the pandemic.