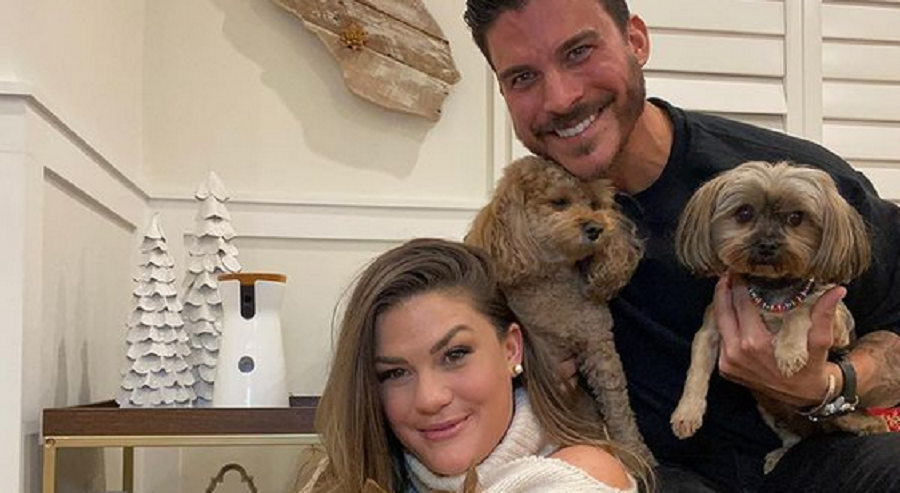 Jax Taylor and Brittany Cartwright are already onto the next show. Bravo reportedly fired the couple from Vanderpump Rules. But Jax claims they left on their own accord. He also teased their return to television.

It looks like it could happen sooner than you can say Vanderpump Rules Season 9. The duo is reportedly pitching a new show after their respective exits. That means fans may not see the last of them. However, some Pump Rules fans feel that their exits are deserving due to Jax’s controversial social media posts.

Read on to learn about their new project.

What’s next for the Vanderpump Rules alumni?

According to E! Online, Brittany Cartwright and Jax Taylor are working on their next project. They’ve already begun the pitching process. An insider confirmed the news to the outlet. The couple “are very excited for their son and they have some projects they are working on that allow them to share their own lives without Bravo’s limitations.” They are expecting their first child.

Earlier this month, Jax and Brittany announced they are not returning for Season 9 of the Bravo show. E! News has since learned about their potential project. Nothing is set in stone, as of yet. They are just shopping around and hoping that an opportunity will come their way.

“Jax and Brittany are planning to get their own show based on their new phase of life becoming parents,” the source said on Thursday, December 10. “They have started to film ideas and are pitching it right now. We will definitely be seeing them return. Many people are interested in this new journey and they are very excited to share.”

This guy can’t be serious. No other endeavor he’s ever come up with has ever worked out. Why is he pretending like they’re getting another show. 🙄#PumpRules #JaxFuckedFaith pic.twitter.com/GgZIf5dj3J

Neither Jax nor Brittany confirmed this latest development. Last week, one fan suggested to the reality star that he should “start a new show with all the pregnant couples!” Jax teased: “Stay tuned!!!” and included the winking emoji. He used the same response for all of his other comments. Former Pump Rules star Stassi Schroeder and current cast members Lala Kent and Scheana Shay are also pregnant.

The 40-year-old bartender and the 31-year-old Kentucky native announced on Instagram on Friday, December 4 that they were exiting the series. Jax Taylor was one of the original cast members. Brittany joined the show during Season 4. Then, the couple ended up on their own spinoff series, Jax and Brittany Take Kentucky. Us Weekly also revealed the couple’s next steps.

“Jax and Brittany want to focus on their family and their new journey,” an insider told Us Weekly. “They are very excited for their son and they have some projects they are working on that allow them to share their own lives without Bravo’s limitations.”

Brittany and Jax shared similar statements on their respective Instagram pages. They called their time on the series “some of the most challenging, rewarding and fulfilling years” of their lives.” VPR fans noticed the similarity in the couple’s statements. Brittany revealed that they weren’t allowed to write personalized statements.

Jax and Brittany are OUT! 2020 keeps getting better and better! #pumprules pic.twitter.com/usWiMdaAOx

“I’m tired of seeing this comment. Do you guys really truly think we got to write whatever we wanted?” she responded to one Instagram user.

The couple’s exit comes after Stassi Schroeder and Kristen Doute’s firings back in June. Former cast member Faith Stowers accused the women of reporting her to the police in 2018 for a crime she did not commit. In addition, Max Boyens and Brett Caprioni were also let go from the show for their past racist social media posts. Currently, Vanderpump Rules Season 9 is on hold due to the coronavirus pandemic.