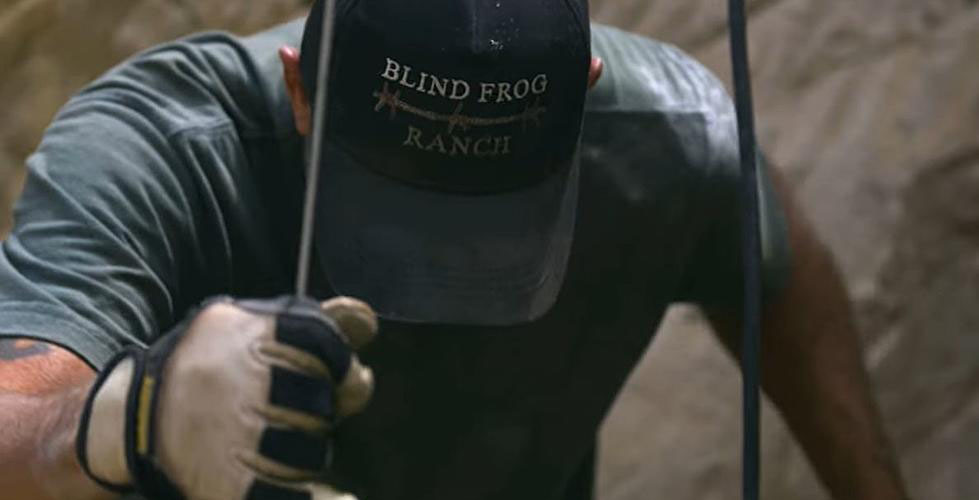 Discovery Channel’s new hit show Mystery at Blind Frog Ranch has just started its first season and fans are already hooked. The team of diggers is lead by Texas oilman Duane Ollinger. So, Duane, along with his son, Chad, and best friend, “Charlie Boy,” are searching for a legendary treasure in Utah’s Uinta Basin. Notably, the crew of treasure hunters has already made some big finds, but haunting legends are looming over them. The skinwalkers are coming out to play and the crew’s lives are at risk. Duane Ollinger may have made a mistake purchasing a ranch located so close to the infamous Skinwalker Ranch.

Skinwalkers are a part of the Navajo legend. They are essentially evil medicine men. Having the ability to shapeshift into any animal they want, Skinwalkers are very dangerous. They are generally medicine men that, after spending their lives healing people, choose to use their powers for evil.

In order to become a skinwalker, the individuals are required by a secret society to kill a close family member, most often a sibling. They then acquire the ability to shapeshift. Skinwalkers shapeshift into predators such as bears, wolves, and cougars, but can turn into any animal.

A Skinwalker’s abilities do not stop at shapeshifting. They are also capable of “reading others’ minds, controlling their thoughts and behavior, causing disease and illness, destroying property, and even death.”

Skinwalker Ranch is a 512-acre plot of land that sits just 20 miles south of Blind Frog Ranch. Terry and Gwen Sherman purchased the property in the 1990s. However, the Shermans were driven away just 18 months later after a variety of terrifying paranormal encounters plagued their land. They shared their story in June of 1996 describing “mysterious crop circles, UFOs, and the systematic and repeated mutilation of their cattle in an oddly surgical and bloodless manner”.

Three months after the Sherman’s shared their story with the world, UFO enthusiast Robert Bigelow purchased the property for $200,000. Bigelow immediately set up around the clock surveillance of the property in an attempt to capture evidence of the strange phenomenon. Though Bigelow’s surveillance efforts turned up no evidence, researchers describe their experiences in a book entitled, Hunt for the Skinwalker: Science Confronts the Unexplained at a Remote Ranch in Utah.

Skinwalker Ranch is one of the most famous UFO and paranormal sighting locations in the United States. There have been countless reports of strange and paranormal occurrences throughout the years. There is no hard evidence of these encounters. However, experts cannot explain the surgically mutilated cattle drained of their blood.

Whether you are a believer of the stories or a skeptic, strange things do seem to occur rather frequently in the Uinta Basin. The first season of Mystery at Blind Frog Ranch is sure to have its share of unexplained phenomena.

Check back with TV Shows Ace for more news and don’t miss Mystery at Blind Frog Ranch every Friday at 10 PM EST.

Isabel Roloff Gives Candid Answer On More Babies
Carrie Ann Inaba Leaks Some Upcoming ‘DWTS’ Season 30 Spoilers
‘Dancing With The Stars’ Presents ‘Grease Night!’ Get A Sneak Peek
Kourtney Kardashian’s Engagement Ring Is Worth How Much?!
Lisa Rinna Is ‘Laughing All The Way To The Bank’ Amid Backlash