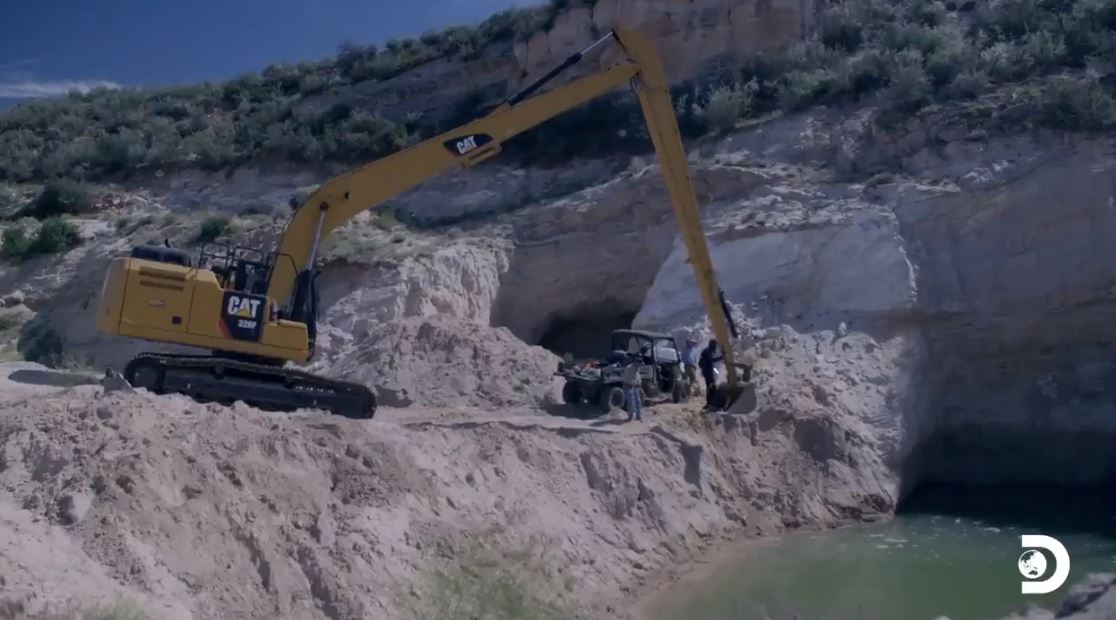 The new reality show on Discovery Channel has fans wondering if Mystery at Blind Frog Ranch is fake or not. A lot of reality shows get questioned like this by fans. If you haven’t caught the show yet, Duane Ollinger bought a 160-acre ranch in Utah. It is known to have gold and silver in it. The thing is there are rumors that there could be more on the land. Scans did show flooded caves under the property and of course, they had to get to work. His son Chad is helping him while looking for the treasures at Blind Frog Ranch.

This thread on Reddit started out when the show aired a few weeks ago. So far, three episodes of Season 1 of Mystery at Blind Frog Ranch have aired. It started with one user saying that the way they pulled the treasures out of holes felt very fake to them. Another user compared it to the show Curse of Oak Island which has been trashed for being fake as well. The big thing that a lot of people commented about is how they brought up a gold coin, that simply looked fake.

Gold isn't the only thing hidden at Blind Frog Ranch. ⛏
Don't miss the premiere of Mystery at #BlindFrogRanch January 1 on @Discovery. pic.twitter.com/z5hnfO1zGb

A lot of viewers in this thread make it clear that they feel like the show is fake or at least parts of it are. The guys are going to have to speak out and prove them wrong. One thing that was talked about in the thread is that there are easier ways to do a few things they do, but it is all about making a great show.

Is this show fake?

Regardless of if you think the show is fake or not, they are really out in the area and looking for gold. They did find a piece of gold pretty easily in the first episode. One thing to remember is that Mystery at Blind Frog Ranch was purchased because he thought he would find gold, silver and maybe even more on the land.

TV Shows Ace actually spoke with Chad Ollinger exclusively about the show. It does turn out that a lot of local people don’t like what they are doing. They are afraid that it could mess with the spirits. Chad also shared that they find something great this season. That could be enough to prove to fans that it is really depending on how it goes down.