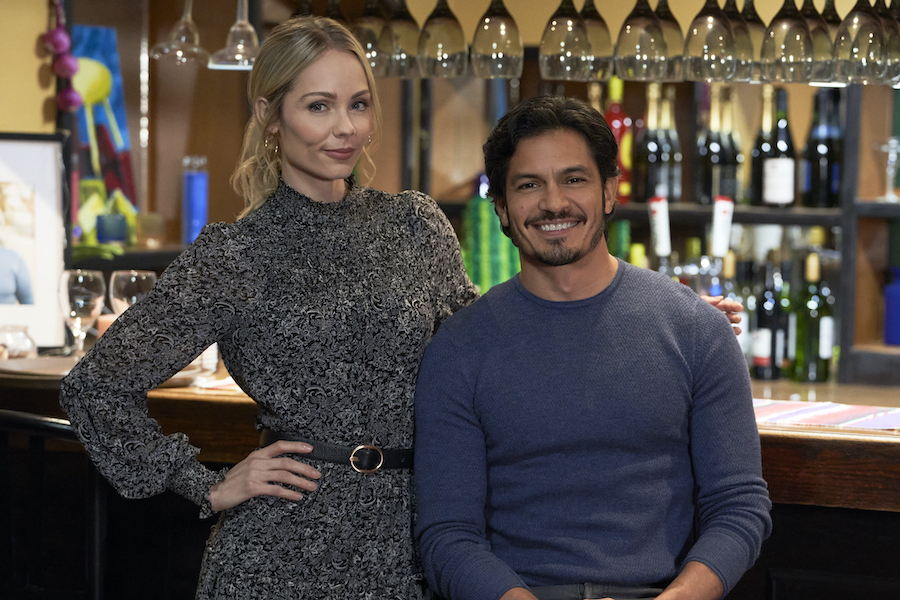 February is nearly here. Are you ready to celebrate the month devoted to love with Hallmark’s Love Ever After movies? Hallmark’s Playing Cupid has a Valentine weekend premiere. This stars Laura Vandervoort (A Christmas Exchange) and Nicholas Gonzales (Christmas On The Range).

This new romance has all sorts of Jane Austen vibes. Want to know more?

What Is Hallmark’s Playing Cupid About?

Valentine’s weekend promises romance a plenty with Hallmark’s original Love Ever After movie, Playing Cupid. According to their press release, Kerri Fox (Vandervoort) is a middle-school teacher. She has instructed that all of her students create, and run, a small business for their new assignment.

One of her students, 13-year-old Clara Martinez (Mia Quaranta De La Rosa) has decided to create her own matchmaking business. She calls it Cupid Clara. But her newly divorced dad, David (Gonzales), is not terribly thrilled about this decision.

Turns out, Clara is quite good at matchmaking. Cupid Clara is quite a success. But, Clara has one couple in mind that she is sure to be the perfect match. She has decided to match her newly single teacher, Miss Fox, with her newly divorced dad. What could go wrong?

However, the potential couple have already butted heads. Moreover, does Clara see something that no one else does?

Hallmark’s Playing Cupid is a reimagining of Jane Austen’s beloved novel, Emma. It will certainly be fun to see what Austen-like touches are in this Hallmark romance!

Hallmark’s upcoming Love Ever After movie, Playing Cupid, was written by Nina Wienman. Weinman previously updated Jane Austen’s Pride and Prejudice in Pride, Prejudice and Mistletoe. In this particular movie, Lacey Chabert portrays Darcy, in a sort of Austenesque role reversal, in this entertaining Christmas movie.

According to Moments of Mercy, Weinman has had an interesting path that lead her to write Hallmark scripts. When she arrived to Los Angeles, she began as an actress and a performer. Soon, she started writing scripts, but only after working her day job. Moreover, this is where she found the most success. As she developed her writing craft, she worked a cornucopia of positions, including two years as Jeff Foxworthy’s personal assistant.

Now, she has written over two dozen scripts for Hallmark. Some are recent releases, including the upcoming Two For The Win, and the recent holiday hit, Never Kiss A man In A Christmas Sweater. Some of Nina’s fan favorites include The Last Bridesmaid, Flip That Romance and Coming Home For Christmas.

When Can You Watch Hallmark’s Playing Cupid?

Playing Cupid premieres on Saturday, February 13, at 9 p.m. Eastern, on the Hallmark Channel.