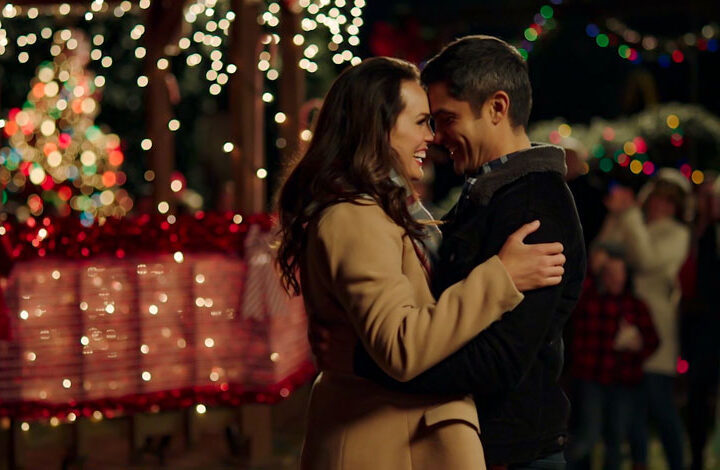 UPtv’s Christmas On The Range tells the story of how Christmas can heal a family. Starring Erin Cahill (A Timeless Christmas), Nicholas Gonzales (The Good Doctor), A Martinez (Days of Our Lives, Longmire), and Lindsay Wagner (The Bionic Woman, Grey’s Anatomy).

Have a Merry Movie Christmas with UPtv’s final 2020 Christmas movie.

What Is UPtv’s Christmas On The Range About?

According to IMDb, Kendall Riley (Cahill) has one wish for the holiday season. She just wants to keep their family ranch. But, there is a distraction, in the form of a rival rancher’s gorgeous son.

He offers to help her out, but is he vying to follow in his dad’s footsteps?

Erin Cahill Talks About UPtv’s Christmas On The Range

Recently, Erin Cahill spoke to ONTVtoday about this particular UPtv movie. Not only is she starring in Christmas On The Range, but she is also the executive producer. This allowed her a lot of creative freedom. She could put her mark in the movie.

Another thing she loved about filming this new Christmas movie is that there were a lot of animals. They filmed in pre-pandemic times, in the state of Georgia. That means she was on a horse non-stop. She didn’t even get off the horse even during breaks. Erin admits, “It was, honest to goodness, a dream come true.”

An animal love, she also confessed that she is that person who will “stop to pet every dog,” while on a hike.

Not only did Erin Cahill have a lot of adorable animals to hang out with, she also got to act with two very classic actors: A Martinez and Lindsay Wagner. “They’re legacy actors. If you’ve been around long enough to have over 100 credits — or a couple hundred, like those guys — you’re someone who really has been putting in the time and is leaving a legacy behind. In one year, I worked with Lindsay Wagner, Jacqueline Bisset and Patrick Duffy. And I was like, “What?” The little girl inside me was pinching herself.”

Another fun Christmas movie is A Ring For Christmas. This is the story of a rich girl who is disinherited. But, she finds out that if she marries by Christmas, she will get a huge chunk of change. But, is it worth marrying the wrong guy in order to stay rich?

Want a Christmas movie with a bit of magic? Mistletoe Magic has been a fan favorite. It also stars the gorgeous Stephen Huszar, in a very funny role. If you are looking for a road trip, UPtv’s Dashing Home For Christmas will fit the bill.

Moreover, be sure to catch the premiere of UPtv’s Christmas On The Range, at 7 p.m. Eastern, on Sunday, December 6.