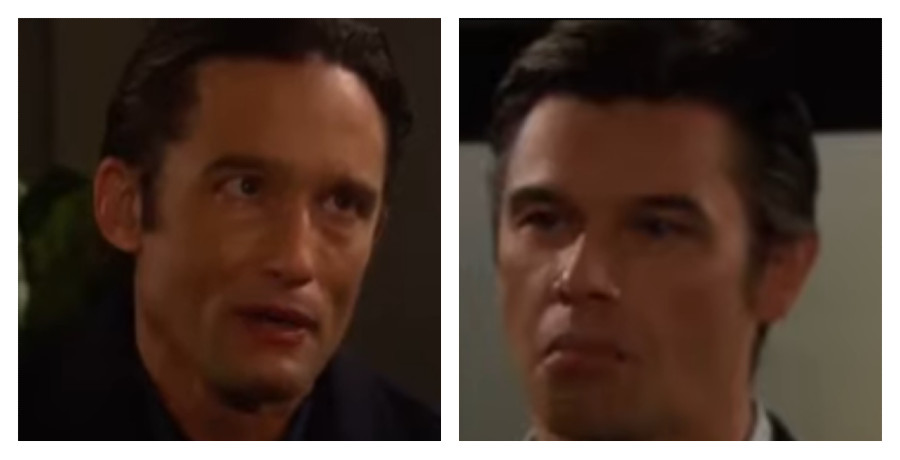 New year, more drama. Days of Our Lives continues amping up the drama for the residents of Salem. One actress from the NBC sudser is finding herself in the middle of some soap-like drama with her very own name twin.

What kind of fictional drama can fans expect to see on DOOL this week?

The Deveraux Family Works Together to Reveal Gwen’s Agenda

It seems like fans have been waiting forever to find out why Gwen (Emily O’Brien) hates the Deveraux family. In a recent turn of events, the British bad girl has a drunken night with Abby’s (Marci Miller) husband. While Chad (Billy Flynn) may not have done the deed with Gwen, she’s telling Abby that he did.

After the latest drama with Gwen, Abby puts her head together with Jack (Matthew Ashford) and Jennifer (Cady McClain) to find out the truth about Gwen. That storyline should play out by the end of January.

Charlie Jailed on DOOL – But for How Long?

Another storyline DOOL is finally wrapping up is the Who Raped Allie? story arc. Fans suspected from the get-go that Tripp (Lucas Adams) was innocent of the crime. When a random newbie showed up out of the blue a few months ago, fans correctly guessed he was the culprit. It turns out that Charlie (Mike Manning) is Tripp’s half-brother – and Allie’s rapist.

He winds up in jail after holding Ava (Tamara Braun) hostage and drugging her. Spoilers indicate that Kayla (Mary Beth Evans) is there for Ava when she’s coming down off the drugs. Further spoilers indicate that Charlie may not be in jail for long. In fact, spoilers predict a confrontation between half-brothers Tripp and Charlie.

Lani (Sal Stowers) finally gave birth to her twins, only to have them kidnapped from the hospital! While chatting with Justin (Wally Kurth,) flaky Bonnie (Judi Evans) reveals she may have seen the twins… and the kidnapper.

She heads down to the station to help Eli (Lamon Archey) and Lani figure out the kidnapper’s identity. The person Bonnie describes for the sketch artist is someone familiar to Lani – but who?

And remember, Vivian Alamain is making her way back to Salem. As reported last month, Another World vet Linda Dano is taking over the villainous role.

After months of snooping, Xander (Paul Telfer) finally knows what’s going on with Philip (Jay Kenneth Johnson.) He’s in deep with the mob and using Titan to launder money. Xander threatens to expose Philip. This causes Philip to seek help with Brady (Eric Martsolf.) Will Brady intervene on Philip’s behalf?

Fans have an exciting week ahead of them.