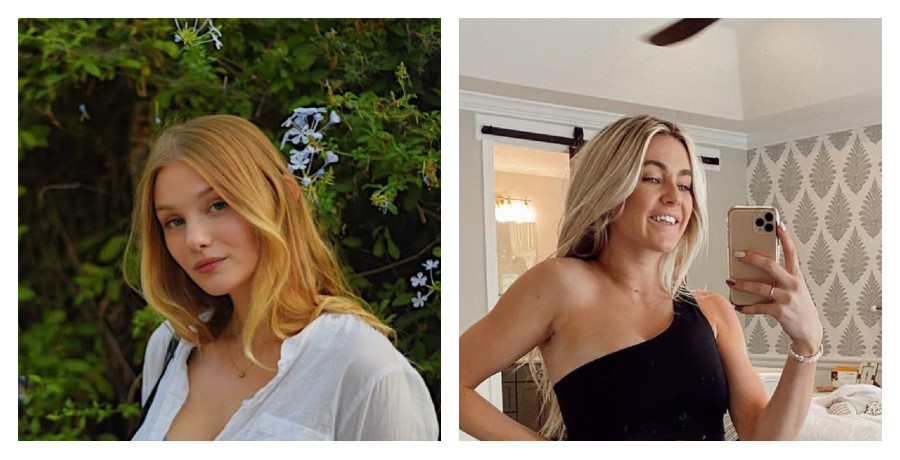 Practically everyone in the world has a name twin – someone unrelated to them with the same name. For one Days of Our Lives star, her name twin happens to be on TV, too. As a professional dancer on ABC’s Dancing With The Stars dance competition. Now the actress is speaking out about often getting confused with the pro dancer.

The Tale of Two Lindsay Arnolds

There are two Lindsay Arnolds roaming around Hollywood. One of them is an actress with a breakout role on the soap Days of Our Lives. The other is a professional dancer on Dancing With The Stars who just had a baby.

Lindsay Arnold joined DOOL in 2020 as Allie, the daughter of legacy character Sami (Alison Sweeney.) Even though she’s a soap newbie, she has been front-and-center with a controversial storyline. Allie was raped and ended up pregnant, unsure if she wanted to keep her baby.

The young actress recently chatted with Soap Hub about her name twin. She revealed that she is often mistaken for the dance pro, including while scheduling a COVID test. Lindsay Arnold had to inform the person that no, she isn’t THAT Lindsay Arnold.

The other Lindsay Arnold started on DWTS in 2013. The So You Think You Can Dance alum has been off-and-on the show since Season 16. During Season 28, she was paired with controversial contestant Sean Spicer.

She took Season 29 off from the show because she was expecting a baby. Lindsay Arnold gave birth to a baby girl in November. ABC has yet to announce any details for Season 30, including whether the new mom will be back in her dancing shoes.

Would the DOOL Star Ever Compete on DWTS?

DWTS fans love it when soap stars compete for the Mirrorball Trophy. Typically, the show stays within the network family and brings on celebs from ABC soaps. But Soap Hub asked the DOOL star if she would be interested in competing on the dance competition.

Lindsay Arnold, actress, would be more than happy to appear on the dance show. But it seems she might be what fans call “a ringer,” someone with previous dance experience. She told the outlet, ““I did dance through high school. It could be interesting. Yeah, I’d be open for it!”

If both Lindsay Arnolds appeared on DWTS during the same season, it could lead to more confusing eliminations. As fans may recall, Tyra Banks accidentally called Cheer star Monica Aldama safe toward the end of the season. However, Aldama was actually the one going home that night.

Confusion With On-Screen Mom, Too

The dance floor isn’t the only place confusion could happen. Lindsay Arnold apparently has another ‘name twin’ on set. But not her own name. Rather, her character name, Allie. Actress Alison Sweeney is often referred to by the nickname “Ali.”

Lindsay Arnold revealed to Soap Hub that sometimes she isn’t sure if production is calling her to the set or her on-screen mom.

But the actress is taking the confusion in stride. In fact, she even jokes about it on her Instagram bio. Underneath her name, it says, “not the one on dancing with the stars but the one” from DOOL.

Fans can catch Lindsay Arnold – the actress – Days of Our Lives, weekdays on NBC.