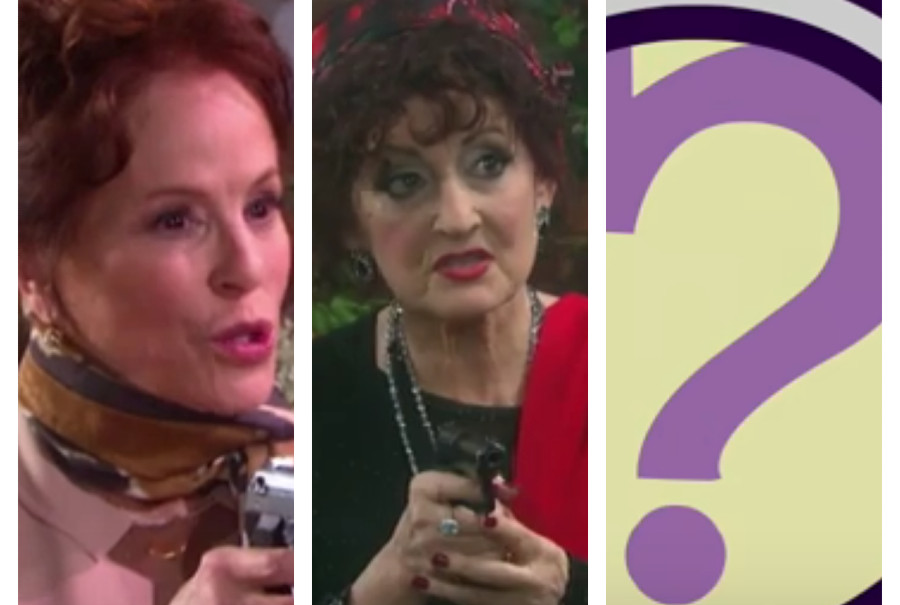 Days of Our Lives is recasting the role of Vivian Alamain again. This comes after the villainous character made a brief return in 2020. In that return, Louise Sorel was playing the role she created on DOOL in 1992.

In 2019, Robin Strasser took over the role of Vivian Alamain for a short stint. The One Life to Live star’s portrayal of Vivian was widely panned by soap fans. Robin Strasser previously played Dorian on the defunct ABC soap.

At the time, Louise Sorel was unavailable to reprise her role of Vivian. However, she gave her friend and fellow actress her seal of approval.

During Robin Strasser’s time on DOOL, Vivian accidentally killed her own son, Stefan (Brandon Barash.) She fled town, and when Vivian returned in 2020, Louise Sorel was back in the role.

In a soap twist, the Stefan-lookalike walking around Salem was Vivian’s OTHER son she didn’t know about, Jake. Louise Sorel’s return stint was brief, but now it seems the soap is bringing Vivian back on canvas… with another actress.

Another World Vet Taking Over As DOOL’s Vivian

News broke on Friday, December 11, that a beloved soap actress from NBC’s Another World is taking over the role. Linda Dano played Felicia until 1998. The daytime sudser was cancelled by NBC the following year.

Most recently, Dano teamed up with DOOL alum Alison Sweeny on Vines That Bind, part of the Chronicle Mysteries movie franchise.

Robin Strasser is the one who broke the news on Twitter. Soap Opera Digest confirmed the news, citing “early 2021” as when fans will see Dano in the role.

https://t.co/VjKSWf6ir1 BELOVED Soap Diva #LindaDano who joined up with beloved #AlisonSweeney in 2018 will in 2021 be joining the cast of beloved long running #DaysOfOurLives as the new VIVIAN.
Linda has timeless energy-pizzazz-& marketing skills in addition to her acting sizzle

The reaction from soap Twitter was mixed. While many are happy to see Dano back on daytime, they wonder if this is the right role. In fact, some fans think DOOL should stop recasting Vivian. For some fans, Louise Sorel is the one and only Vivian Alamain.

What do you think? Are you willing to give Linda Dano a chance as Vivian? Let us know in the comments down below.

Linda Dano isn’t the only recent surprise DOOL casting. Last week actress Jackée Harry announced that she is joining the NBC soap as a new character. Harry is well-known for sitcoms such as 221 and Sister, Sister.

Reportedly, Harry’s character will be part of a new DOOL storyline showcasing Black actors and actresses In fact, Harry praised the sudser for promoting diversity, both on-screen and off.

Both Linda Dano and Jackée Harry will make their DOOL debut in 2021.