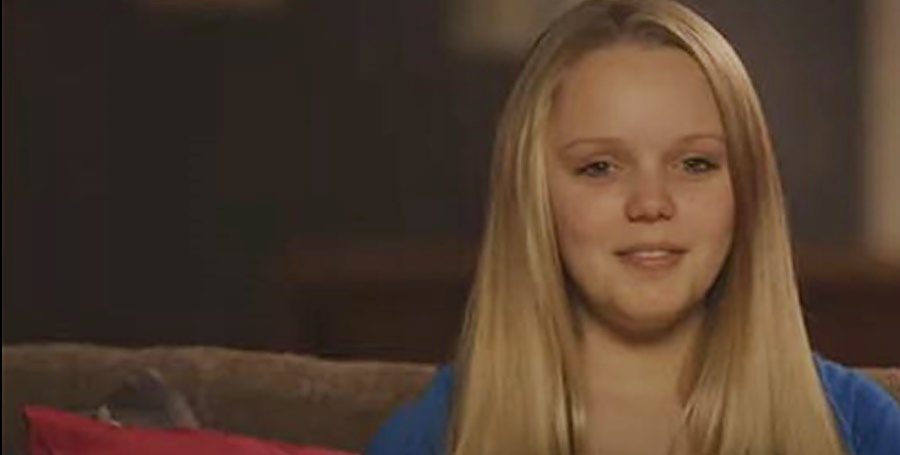 Unexpected star Reanna Cline was just 15 years old when she fell pregnant. She and her baby daddy Taron split. And, it looks like she feels a bit upset about critics. She took to Snapchat and talked about how she won’t tolerate drama via some “anonymous app.”

We reported that Season 4 of the show brings back old hands Tyra and Alex. Plus, Lilly Bennett from Season 1 reappears. Fans previously saw her and James Kennedy welcome their daughter Aaliyah into the world. But, now, she appears with a new man named Lawrence. And, they now produced a sibling for little Aaliyah. Plus, we also noted the cute little boy seems happy, healthy, and very much a part of his sister’s life.

Other newcomers include Unexpected stars Reanna Cline and Taron, Jenna and Aden, and Myrka and Ethan. Already, Myrka’s mom got a lot of criticism from fans of TLC as she threw her daughter out of the house.

Plus, Jenna and Aden took some heat as she fell for his lies about men ovulating. Well, so far , Jenna got trolled. And Twitter fans slam Reanna as “a poster child for immaturity.” Probably, she gets hate via social media apps as well as she talked about drama on December 21.

Reanna is showing why 15 year olds shouldn't have children. She is a poster child for immaturity. #unexpected

Fans seem unhappy about Reanna not talking to Taron

Distractify reminds readers that Reanna no longer remains with “her boyfriend, Taron…the father of her unborn baby.” But, viewers see their difficult relationship in Season 4. Reanna’s mom tries to help the young teens. But it’s not easy as the young prospective parents come with a lot of differences between them. On Snapchat, it became clear that some people want some rather personal info from Reanna about Taron.

The Unexpected star posted quite a long post where she chided people who use the anonymity of social media apps to pry. Reanna said that she welcomes texts from people who “need help.” Or, from those who genuinely ask her to clear up a few points. But she firmly said she won’t tolerate “drama” via an “anonymous app.” She assured fans that her daughter’s raised in a good environment. And, she told off people who ask too much about Taron.

Respect her privacy or not, Reanna won’t do drama

About Taron, Reanna said that there are “reasons behind” why she won’t “talk to Taron.” But, forget about asking her such personal things. She doesn’t care if you “respect” that or not. But you won’t draw her on it. Plus, the young Unexpected star straightened up the issues about raising her daughter. She said that she “cares” for her. Plus she “continues to do so.”  In fact, she says that her baby girl “has a great life and [a] great support system.

Actually, Unexpected Reanna Cline sounds rather mature in the way she handles people who text her. In fact, possibly more mature than the critics who troll on her on social media. Do you agree? Sound off in the comments below.