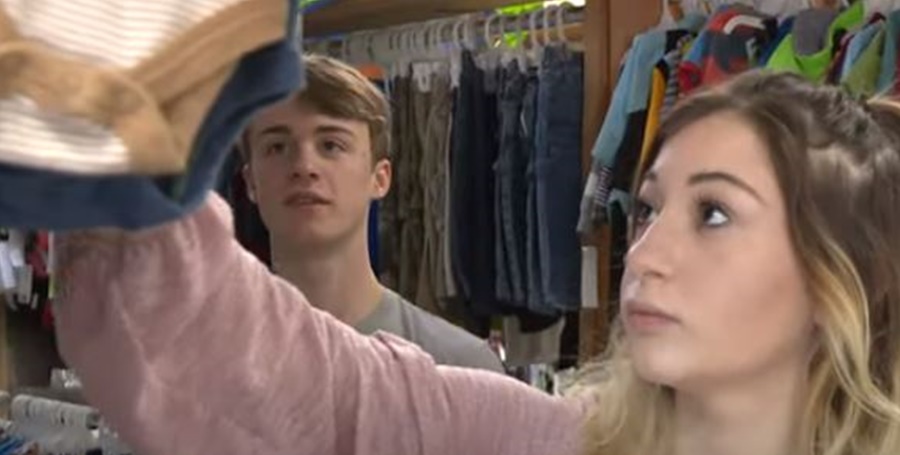 Unexpected Season 4 brings newcomers Jenna and Aden on TLC. Fans first saw them on December 20. Unfortunately, neither of them were well-received by fans of the show. In fact, some fans think she comes across very much like McKayla Adkins. As the show filmed some time back, are Aden and Jenna still together?

Jenna fell pregnant at the age of 16. She dropped out of school, but still studies online thanks to her father who supports her financially. Aden seems a bit of a reckless character, actually. He liked the idea of risky intercourse with no protection. So, he suggested to her, that men ovulate the same as women. Incredibly, it seems her education lacks something in that department. She believed him. And so, here we see a baby and a very young and dumb mom, fans think.

Perhaps by now, Jenna realized that Aden lied to her about the ins and outs of making babies. So naturally, fans wonder if they remain together. Plus, making things worse, Aden admits that he often tells lies to Jenna. In fact, he thinks the whole thing’s a bit of  “fun.” And raising babies really isn’t fun. Parenting takes a lot of maturity and responsibility. While her dad supports her financially, for some reason he feels he’s blamed for her situation. So, expect some family drama on Unexpected.

Fans react to Aden and Jenna

On Twitter, fans already turned their knives on the young couple. One commented, “Excuse me but what a spoiled brat Jenna is. Her entitled attitude is disgusting. And her boyfriend, Aden seems to think men ovulate too. Lord help their child.”

Another fan noted, “I’m watching Jenna from #unexpected. I imagine she has a hard time figuring out which shoe goes on the right foot. How is she going to take care of a human being?”

Then, another critic of Unexpected wrote, “Jenna is an idiot and her boyfriend Aden is seriously not all there, I can’t…”

This comment came with barbs: “this chick Jenna needs to grow up real quick! Children need their parents support but they also need to learn from their actions. Pregnancy is only the beginning Sweetheart. Quit being a whinney brat, (sic).”

Are Jenna and Aden still together?

It looks like the young couple survived their relationship and the arrival of their baby. On Instagram, Jenna posted up a photo of the three of them at Christmas. In her caption, she wrote, “Merry Christmas ❄️🎄.” Some fans told her they watched her and Aden on TLC and they hope it all worked out for them.

What were your first impressions of Jenna and Aden on Unexpected? Did you think it looked like they might end up not staying together? Sound off your thoughts in the comments below.