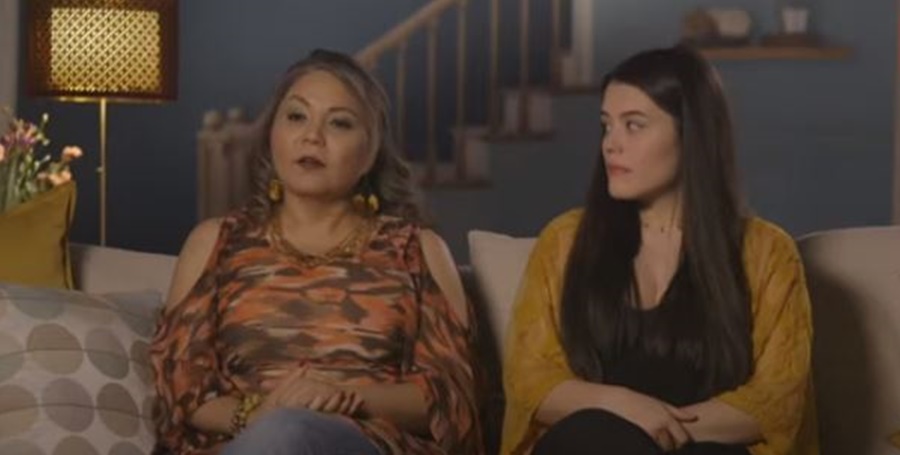 Unexpected premiered on December 20. Newcomers to the TLC show include Jenna and Aden, Myrka and Ethan, and Reanna and Taron. Fans already slammed Jenna and Aden for acting way too immature to raise a child. And now they take off after Myrka’s mom Lilliana for hypocrisy.

We reported that in the case of Jenna and Aden, her dad stood up for her and helped her financially. In fact, he forks out money for her to continue her education. But in the show, fans saw Myrka and her mom. In her case, her mom Lilliana gives her pregnant daughter no support at all. In fact, she rages that her daughter fell pregnant and won’t go for a termination. Making it all about herself, she threw her daughter out of the house.

Meanwhile, the Unexpected newcomer spent most of her young life raising her younger brother. Lilliana, meanwhile, feels she shouldn’t have to cope with Myrka’s baby. And that sounds very hypocritical, fans think. Plus, fans became even more furious with the unchristian attitude from Lilliana. After all, they spend a lot of time at church. Furious, many Unexpected fans people described her as some sort of “beast.”

Fans slam the hypocrisy of Lilliana over Myrka

Ironically, Myrka met her boyfriend Ethan while studying biology at school. Initially, they practiced intimacy using a condom. But thereafter, they never bothered. Inevitably, the pregnancy news came out. Then, came the threats about undergoing an abortion or getting out of the house. Many fans actually think Myrka’s brave and has some morals for refusing. So, her mom gets a lot of heat on social media.

Meaww noted that Lilliana said that she didn’t “care what the TLC family calls her, people might call her ugly but she didn’t care.” And she always raised her daughter very strictly. Lilliana never made a pretense that she’d tolerate an unwanted baby in her home. And now it happened, she sticks to her earlier threats about booting her daughter out of the home. Luckily, Ethan’s family took Myrka in. Unexpected fans slammed her hard.

One critic on Twitter noted, “Myrka’s mom ain’t sh-t. All that church ain’t gonna save you from hell for kicking out your child.”

Another one wrote, “Myrka’s mom needs to blame herself and not our culture. You’re daughter was looking for love since your cold @$$ isn’t loving. We are not like that. Just you. No wonder you’re single, (sic).”

Then, this comment came, “I hope Myrka decides that since her mom wants no part if her life now, she doesn’t allow her to see the baby when its born!!! (sic).”

Myrka's mom is so selfish! All I hear is how her daughter's pregnancy ruined her life. Well maybe if your daughter wasn't stuck raising her brother and you spent more time with her then maybe she wouldn't have ended up pregnant! #unexpectedtlc #unexpected pic.twitter.com/4XuWtQPHIk

What do you think about newcomer Myrka getting kicked out of the house by her mom Lilliana? Do you agree she’s rather hypocritical? Sound off in the comments below.