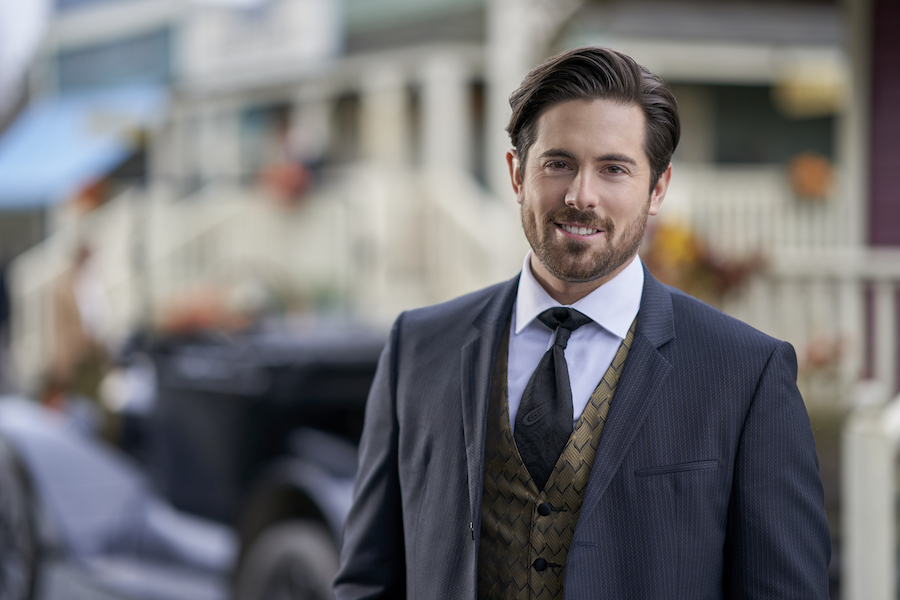 What happens after Hallmark’s Countdown To Christmas and Miracles of Christmas? Winterfest! These movies continue the romantic, wintery fun events, but without Christmas music and decorations.

Hallmark’s Winterfest 2021 promises a lot of fun. This includes a When Calls The Heart fan favorite and a Michael Rady film that was not aired in early 2020. What are the five Hallmark Winterfest 2021 movies?

Hallmark’s Taking A Shot At Love

Taking A Shot At Love airs on Saturday, January 2, at 9 p.m. Eastern, on the Hallmark Channel.

Michael Rady fans who were waiting for A New Year’s Resolution early in 2020 were disappointed when Hallmark took it off of their schedule. Rady told the Deck The Hallmark podcast that he didn’t know why Hallmark took it off the schedule. But, in describing the movie, he did say that “It looked great––it looked dynamite.” Rady even said, “I think it was a great movie.” Now, it is back on the schedule for 2021. What is it about?

Be sure to catch A New Year’s Resolution on Saturday, January 9, at 9 p.m. Eastern, on the Hallmark Channel.

Hey @awscott21 We Have a New Date on The @hallmarkchannel Website For #ANewYearsResolution! Premiere Date is Saturday January 9 at 9pm/8c Part of #Winterfest Subject to Change, But Looking Forward to it! @RadyMichael #Hallmarkies pic.twitter.com/YEUwxmZVB6

Hallmark’s Two For The Win

Two For The Win stars Charlotte Sullivan (Chicago Fire) and Trevor Donovan (90210). He is a world famous ski champion, who heads home to prepare for a big race. Back home, he connects with a local ski instructor who changes his life.

Two For The Win airs on Saturday, January 16, at 9 p.m. Eastern, on the Hallmark Channel.

Hallmark’s Love In The Alps

Love In The Alps stars Nazneen Contractor (The Christmas Ring) and Brooks Darnell (Young and The Restless). He is an average guy that wins a very deluxe travel experience. Moreover, everyone now mistakes him for a wealthy man. But, he wonders if people would treat him differently if they knew the truth, including that attractive concierge.

Love In The Alps airs on Saturday, January 23, at 9 p.m. Eastern, on the Hallmark Channel.

Hallmark’s Winterfest continues with Snowkissed, with a WCTH star that hearties love. This movie stars Jen Lilley (USS Christmas) and Chris McNally (When Calls The Heart).

Snowkissed is about a journalist (Lilley) who is “travel-averse.” On a dream assignment, she encounters a very attractive B&B owner (McNally). Subsequently, she winds up mentoring him to be a good tour guide.

Snowkissed airs on Saturday, January 30, at 9 p.m. Eastern, on the Hallmark Channel.

This sums up the five Hallmark Winterfest 2021 movies. Some of the titles could possibly change between now and early January. But, be ready for some fan favorites to star in winter romances that promise to warm your heart.