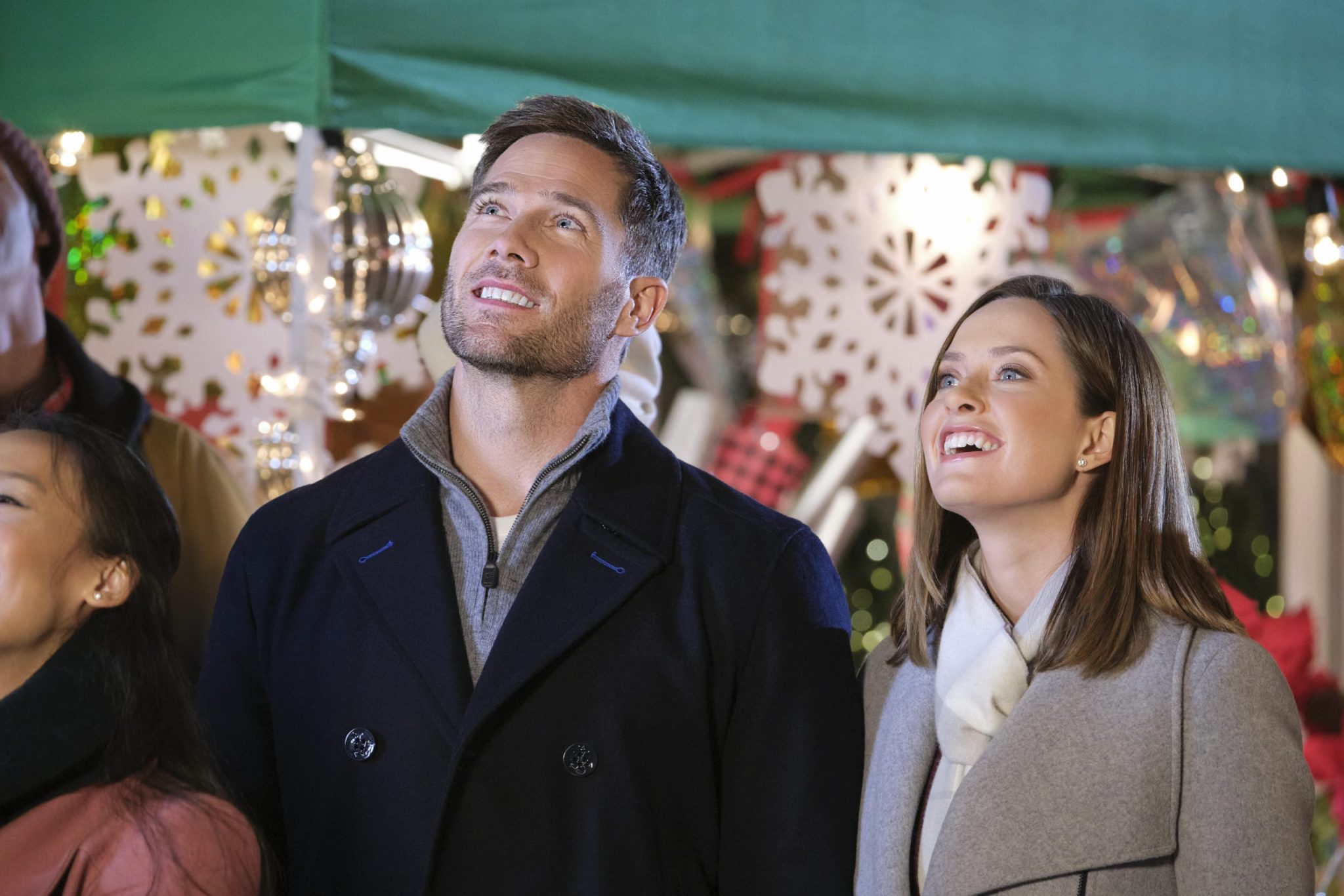 Hallmark’s Countdown To Christmas takes us down a musical path in Chateau Christmas. Starring Merritt Patterson (Picture A Perfect Christmas) and Luke Macfarlane (Sense, Sensibility and Snowmen), this is a tender movie that asks if following your dreams and following your heart can happen at the same time.

What Is Hallmark’s Chateau Christmas About?

According to the Hallmark press release, World-renowned pianist Margot Hammond (Patterson) gets unexpected time off to spend Christmas with her family at their favorite hotel, Chateau Newhaus.

Margot’s career is in chaos. After another “stinging review,” she has found she has lost her passion for the piano. She thinks that spending family time and regrouping will help her get over this ennui.

While home, she runs into her former bandmate, and ex-boyfriend, Jackson (Macfarlane). He asks her to perform at the Chateau Newhaus’s annual Christmas Concert. Although she originally declines, he does convince her that this will be a safe environment.

As her passion for music returns, so does her feelings for Jackson. But, is she making a mistake to follow her heart?

In case you were wondering, Hallmark hunk Luke Macfarlane does actually play cello in real life. According to Courant, the athletic Brothers and Sisters star was not into sports. His interests were musical. He sang in the boy’s choir and he played the cello.

Luke even joined a band called Nameless. He was the main songwriter and singer. They even recorded music and it appeared that he was headed towards his own musical career. But, he left the band.

In fact, the Canadian-born actor originally auditioned for the famed Juilliard by playing the cello. Somehow, he convinced them to let him into drama school, and the world is better for it.

In this particular article, Luke also reveals his love of woodworking. His dream was to be the first actor on the cover of Fine Woodworking magazine. But, Parks and Rec star Nick Offerman beat him to that.

The publication revealed that Macfarlane is a man of opposites. He lives in a Prairie Style home, but he loves modern interiors as well. He does have a dream of how he can combine his various interests. Macfarlane dreams of designing the perfect chair. He shared, “But my dream is to do a truly original chair design, something that is all these different things but is my own, too.”

Perhaps next Christmas we will see him in a role doing  that very thing!

Let me leave you with Luke Macfarlane playing cello on Instagram.

All he seems to do is work out, play instruments & build stuff. My kinda man. 🥺 pic.twitter.com/3EyNTed0ck

When Can You Watch Hallmark’s Chateau Christmas?

The Hallmark Channel and Hallmark Mysteries & Movies are airing the Countdown to Christmas starting on October 23. This means Christmas movies 24/7! Are you ready?