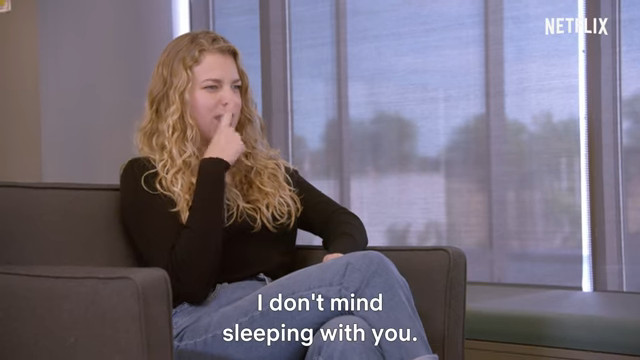 Earlier this year, Netflix announced plans for TWO new shows focused on the Deaf community and Deaf culture. The streaming giant finally released a trailer for the upcoming Deaf U reality series.

The docuseries joins Netflix’s wide library of content. Cobra Kai brings back the nostalgia of the 80s. Ratched showcases actress Sarah Paulson as Nurse Ratched. If true crime is more your liking, Netflix plans a documentary about Chris Watts, the man who callously murdered his wife and two daughters in 2018.

What do we know about Deaf U so far?

He was an immediate hit with viewers. He took that success to Dancing With The Stars the next year, winning the Mirrorball Trophy in 2016. (However, he wasn’t the first Deaf DWTS contestant. That honor goes to Oscar-winning actress Marlee Matlin in 2008.)

However, Nyle is about more than just breaking boundaries as a Deaf person. He uses his celebrity to advocate for the Deaf community. To that end, he teamed up with Netflix to bring deaf-centric shows to a primarily hearing audience.

Deaf U documents the love and lives of select Deaf students at Gallaudet University. Gallaudet is a private college for the Deaf and hard-of-hearing in Washington D.C. It is also Nyle DiMarco’s alma mater, graduating with a degree in mathematics before his ANTM debut.

The cast of Deaf U traverse the same college landmines that hearing people do. There are hook-ups and homesickness, friendships and anxiety.

While the life experiences for Deaf and hearing people are similar, many hearing people find the Deaf ‘exotic’ or different. This new Netflix will prove Marlee Matlin’s favorite quote true: “The only thing I can’t do is hear.”

As seen in the trailer, that creates an issue with someone who prefers sign language only. They scold their friend for “mouthing [words]” telling them to “Use ASL.” That leaves the girl wondering, “Am I, like, not Deaf enough?”

That’s another issue within the Deaf community – how Deaf are you and for how long? One male student recounts how he decided to stop using his hearing aids. In general, the Deaf community can be judgmental toward people who are hearing-impaired or lost their hearing later in life.

Yes, You Can Learn How to Swear in Sign Language Watching Deaf U

One of the most popular questions Deaf people get is, “Can you teach me how to swear in sign language?” If the trailer is any indication, yes, you will learn how to swear in ASL. TVLine reports that one student signs the word “f**kboy.”

Many hearing people are SHOCKED to learn that ASL is not universal worldwide. ASL has its own grammar and syntax. It’s even an entirely different language than spoken American English.

Other countries have their own versions of sign language.

Nyle DiMarco and other Deaf people are hopeful that Deaf U’ will demystify deafness and Deaf culture.

Deaf U premieres Friday, October 9, only on Netflix.