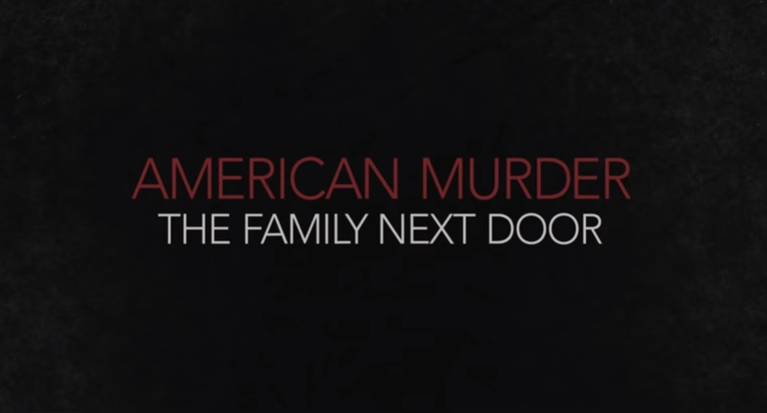 If you love true crime shows, get ready. Netflix has something we think you’ll really want to see. American Murder: The Family Next Door follows the Watts family murders and will be available to stream on September 30. The trailer is available now.

The description reads, “Shanann Watts and her two young daughters went missing in Frederick, Colorado. As details of their deaths made headlines worldwide, it became clear that Shanann’s husband, Chris Watts, wasn’t the man he appeared to be. Experience a gripping and immersive examination of the disintegration of a marriage. Only on Netflix September 30.”

The disappearances captivated the nation’s attention back in 2018. Shanann and Chris Watts were expecting their third child. It seemed unthinkable that anyone would want to hurt her and their two small children, Bella, 4, and Celeste, 3. Right away, many people suspected Chris had something to do with his missing family.

A few days after Shanann and her daughters were reported missing, authorities arrested Chris. He confessed to the murders and his information helped police recover the bodies.

In November 2018, Chris Watts “pleaded guilty to five counts of first-degree murder, one count of unlawful termination of pregnancy and three counts of tampering with a deceased human body.” Because he received a plea deal, he narrowly avoided the death penalty.

Netflix Hopes To Provide A New Take On The Story, But Other Networks Have Tried Before

Netflix isn’t the first network to tell the story. Lifetime also produced a film called Chris Watts: Confessions of a Killer. Shanann’s family was against the film.

“What’s hurtful is when they’re actually showing Shanann being strangled in the movie and showing the girls being hauled out to the oil site,” said another of the family’s attorneys. And it doesn’t end there. Shanann’s family says they’ve been the target of repeated harassment online.

Could This Be Another Faux Pas For The Streaming Platform?

Shanann’s family has yet to release a statement about the Netflix adaptation. However, many people do feel the family has a point. True crime docs have a tendency to sensationalize the murders they cover and can often be insensitive. If the film doesn’t go over well, Netflix will have to do some damage control. Subscribers are still pretty angry about Cuties. Some people even canceled their memberships over it.

Will you watch the documentary, or avoid it out of respect for the family? Leave your thoughts in the comment section. American Murder: The Family Next Door will be available in just a few weeks. So make sure you check this out when it starts airing.