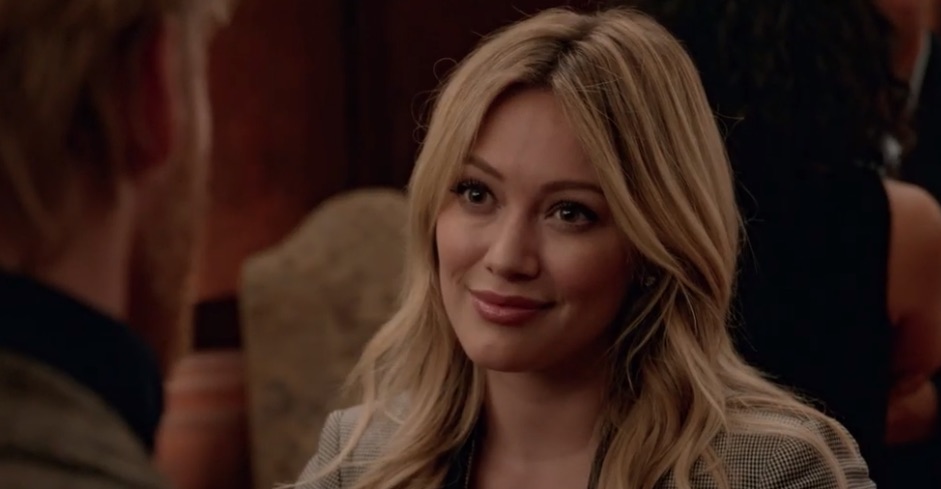 Younger creator Darren Star has made it official. The series is “unofficially” ending at Season 7. What does he have to say about the upcoming storyline?

Will there be a time jump from the Younger Season 6 cliffhanger to Season 7? And, could the new season immediately get to the coronavirus pandemic?  According to EW, it doesn’t sounds like it.

Creator Darren Star revealed where they will start out Younger Season 7. “The action of Younger sort of picks up where the last season left off, which was before the pandemic.”

Star also shared that he had already written a good amount of the season prior to the pandemic, and coronavirus quarantine. But, that does not mean it will will not be part of the show. “But I do think we’re looking forward to incorporating it into the action as the season progresses.”

This makes a lot of sense, as New York City is a huge character in the Younger storyline. The city, and the series production was shut down in March due to the pandemic. NYC was an early epicenter.

In addition, Debi Mazar got Covid-19 and was ill for quite some time. Her entire family got the virus. But while her husband, Italian-born chef, Gabriele Corcos, and two daughters, Giulia and Evelina, immediately got better, Mazar’s health grew increasingly worse.

It would be rather meta if Maggie got the virus, as Debi got it IRL.

Of course, everyone wants to know if Liza will say “yes” to Charles’ proposal, or if she and Josh ride into the sunset. Whatever the case, it sounds like Liza Miller’s story will finally conclude. Star has not said a word on what will happen.

Darren Star and the Younger writers have had a great time keeping #TeamCharles and #TeamJosh battling. We will likely not know what Liza chooses until that very final scene.

While the news that Younger is ending with this final Season 7, one storyline may continue. Back in early May, it was announced that Darren Star was working on a Younger spinoff. The currently untitled series would focus on Kelsey’s journey and star Hilary Duff.

This would continue Kelsey Peter’s story and there is plenty of untold story. Throughout Younger, Kelsey mentions her Texas upbringing by a single mom. She spent a lot of time alone, and that is how she got into books. Does this mean that Kelsey moves and we encounter a new set of characters?

We don’t know. This show is in development. It is likely that Darren Star and perhaps even Hilary Duff have a few of those answers, but they may be spoilers for the final Younger season. Hopefully, this spinoff will get the green light, and fans will have another show to binge when Younger ends.

When Does Younger Season 7 Start Shooting?

Already, Sutton Foster has indicated that they are getting ready to start shooting Younger Season 7 in early October. This is a significant change from Debi Mazar’s comment back in July. She had stated that the series would start shooting again in March 2021.

But, things have significantly changed. New York is ready to allow production again, and Younger is ready to film their last season. After a six-year hiatus, Sutton Foster is returning to Broadway with The Music Man. She is co-starring with Hugh Jackman, in a dream team production.

Broadway desperately needs a hit after shutting down due to the pandemic.

Perhaps Star is also gearing up to get the spinoff going as well? It would be a natural time to transition from Younger into the spinoff. It seems that once they can start filming, that information will become available.

CONFIRMED: @YoungerTV Season 7 will begin shooting in a few weeks in New York City. Darren Star has confirmed that this upcoming season will be “unofficially” the LAST season of the critically acclaimed hit @tvland show. @HilaryDuff @sfosternyc @debimazar @NicoTortorella pic.twitter.com/HP6Orpp994

Although TVLand will not likely start airing Younger Season 7 until sometime in 2021, fans do have a more current television viewing option. Darren Star’s Emily In Paris is premiering on Netflix on October 2.

Starring Lily Collins, this new series is about a social media manager who was sent to Paris to help out a French company’s marketing. Emily will be butting heads with Parisians who find her ideas too American, as she navigates love, career and a fabulous wardrobe though the streets of pre-COVID Paris.

Busby Birthday Quints Each Got Their Own Special Cake This Year
Who Does ‘Sister Wives’ Gwendlyn Call For Roadside Assistance?
‘Return to Amish’: Does Rosanna Have Feelings For Maureen? Twitter Thinks So
‘Sister Wives’ Recently Share Their Thoughts On Monogamy
Heather Martin Dishes On Producer Conversations Before Her ‘Bachelor’ Mini-Van Arrival