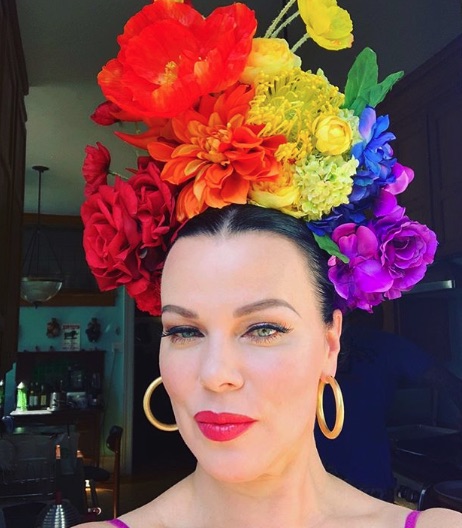 Younger star Debi Mazar shared how she is doing since her coronavirus diagnosis. She denies that she had preferential treatment. Mazar also shared what she could smell during this difficult battle with the coronavirus.

On Wednesday, Younger star Debi Mazar went to Instagram to share her health update. As TV Shows Ace fans know, she was sick around St. Patrick’s Day. On March 21, she announced that she tested positive for the coronavirus. She has now shared she is doing “much better.” The actress that portrays Maggie Amato on the TV Land dramedy was very clear at how tough the coronavirus is. “I am feeling a lot better. I’m not 100 percent, but this virus really kicks your $$$. It really does.”

She went on to explain that although she is mostly free of coronavirus symptoms, she was still struggling with taste and smell. These are common Covid-19 symptoms. “It’s been two weeks, and I am almost symptom-free. I can’t taste still, it’s slowly coming back, I can taste little things, and I can smell a little bit.”

Since then, she has shared that the “only” thing that she was able to taste during her Covid-19 “ordeal” was clementines. Mazar obviously tried to taste other strong foods with no luck. She tried to eat raw garlic, jalapeño, ginger and could still taste nothing. Only when she ate the citrus did she get a mild taste.

Then Thursday, the Younger star shared that her friend Eric Buterbaugh sent along some perfume. The actress shared that she was just beginning to be able to smell again, and loved the fragrances of violet, jasmine and dahlia in the concoction.

In her update, the Younger star made it clear that she was none too pleased at being called out for getting preferential treatment. She swore and insists that this was far from the case. Mazar even seemed a little annoyed that she was mentioned in several articles that as a celebrity, she was given a coronavirus test, while others were not.

Mazar explained that this was all down to timing. She went to urgent care and was administered the test because she presented the signs of Covid-19. This included a temperature of over 102 degrees Fahrenheit. Debi Mazar took the test because they were readily available. This is prior to the extreme circumstances now. She insists was not given special treatment because she is a celebrity. She even seemed to scoff at the notion that she was even considered a celebrity.

Debi did want to mention how “brave” and steadfast the healthcare workers were during this crisis. Mazar is stressing out about the situation her hometown of New York.

Have you been keeping up with Younger star Debi Mazar on social media? Younger fans, are you waiting to see what happens in Season 7? Be sure to check back with TV Shows Ace for the latest Younger news.