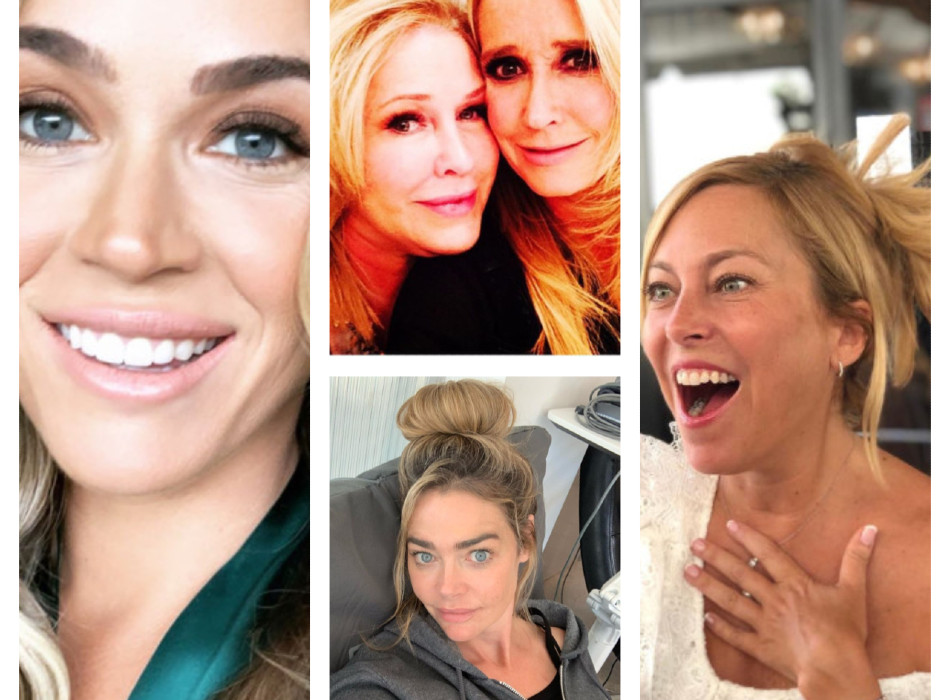 Whether Bravo wanted it or not, it seems The Real Housewives of Beverly Hills is undergoing a cast shake-up. Reps for Denise Richards confirmed her exit hours before the reunion part 2 episode aired. But what about the rest of the rest of the cast? Who else is leaving? Here is a breakdown of all the rumors so far.

Rumor: Sutton Stracke Out at RHOBH

Sutton Stracke is hit or miss with the Bravo audiences. Some fans think she is not a good fit for reality TV. Between her awkwardness, questionable fashion sense and her thoughts on proper dinner conversation, fans are torn.

RHOBH fans may recall that during a Season 10 confessional, Sutton admits that she heard the rumor of an alleged Brandi and Denise hookup. However, during the dinner scene, she tried to shut the other ladies down from discussing it. She said in her confessional that it wasn’t something that should be discussed at dinner.

Throughout Season 10, Sutton flaunted her wealth, with mixed results from her co-stars and fans. For example, the socialite bought expensive rain boots for each of her co-stars to don during the Italy cast trip. She flew her co-stars – sans Denise Richards and Garcelle Beauvais – to NYC on her private jet. They were going to the Big Apple to support RHOBH’s Erika Jayne for her Broadway debut in Chicago.

Before Season 10 premiered, it was unclear if Sutton was a diamond-holding Housewife or a ‘Friend of.’ Since she didn’t get her own tagline or feature in the opening, Sutton was relegated to a friend role. Early in the season, she got off on the wrong foot by admitting to thinking Teddi Mellencamp would be ‘boring.’

The rumor going around online is that Sutton will not be back for a Season 11.

Speaking of Teddi Mellencamp, fans have been slamming her as “boring” since her Season 8 debut. However, fans are particularly unhappy with Teddi this season for her ‘Mean Girl’ behavior toward Denise Richards. Fans think Denise is right that Teddi is a “sh*tstirrer.”

As a result of her unpopularity, Teddi has faced rumors that she was fired from the show. However, she shut down those rumors. More recently, she held a Q&A with fans. One question in particular seemed to confirm that she will return for Season 11. A fan asked when RHOBH will begin filming again. While Teddi said she doesn’t know for sure, she “guess[ed] a few months.”

Teddi is mentioning it all on her Instastory and it doesn’t seem like she’s been fired. She talks Denise and Kris Jenner too! • #rhobh #realhousewives #teddimellencamp #bravotv

Is Garcelle In or Out?

Many fans adored the other new addition to RHOBH’s Season 10. Actress Garcelle Beauvais proved herself a straight shooter. Love her or hate her, she asked the question we have all been wondering: Where does Sutton get her money from?

While we didn’t see that much of Garcelle due to her MEGA busy acting career, she brought the goods with her. Not only is Garcelle appearing in the Coming to America sequel, she will be co-hosting The Talk starting this month.

Due to her candor and quips, fans are BEGGING Garcelle to come back for another season. However, she did say a few weeks ago that if Denise leaves, so will she. Shortly after the news broke of Denise’s exit, Garcelle made a cryptic, “PLOT TWIST” post on social media. Fans are hoping it means she will be a part of Season 11.

@queensofbravo has a screengrab of Garcelle’s post, as well:

Could this mean Garcelle is staying? Pray to the Bravo Gods! • #RHOBH #realhousewives #bravotv #garcellebeauvais

Bravo fan account @the.rumour.mill brought the tea regarding the status of the RHOBH ladies. In addition to teasing that Sutton is out, they shared a rumor that Kathy Hilton may join the show. As fans know, Kathy is the sister of RHOBH alum, Kim Richards and current RHOBH star Kyle Richards.

She has made a handful of appearances on the show, though mainly in the background of Kyle’s events.

RHOBH Season 11 tea…Sutton is out, Teddi is safe, Kathy Hilton is a maybe! 👀☕️

In addition to Kathy, Bravo could try to get Kris Jenner to join. Keeping Up With The Kardashians will end in 2021. Kris is close friends with Kyle. In fact, she was at the charity event at Kyle’s house that Garcelle allegedly never made good on her auction bid.

Fans have been clamoring for Kris Jenner to replace Lisa Rinna since April.

What do you think about the RHOBH cast rumors for next season? Scroll down to the comments and let us know your thoughts. Follow us on social media for the latest updates on your favorite TV shows.

The finale part of The Real Housewives of Beverly Hills reunion airs Wednesday, September 16, on Bravo. Fans can also expect a one-on-one interview between Brandi Glanville and Andy Cohen at some point this month. RHOC takes over the time slot on Wednesday, October 7.