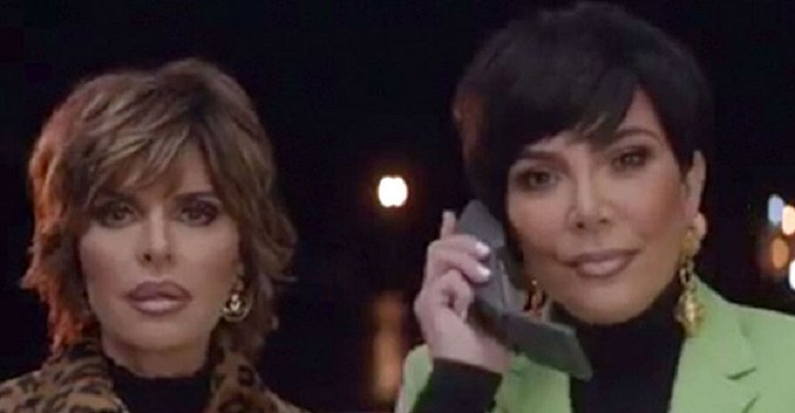 RHOBH fans want Kris Jenner to replace Lisa Rinna. She caused a social media firestorm after she made a brief appearance on The Real Housewives of Beverly Hills on Wednesday night, July 15. And now, viewers would love to see more of the Kardashian matriarch. Meanwhile, other fans think she would make the perfect Housewife.

As everyone knows, Kris Jenner is plenty busy with her E! series, Keeping Up With the Kardashians. However, not everyone thinks that the show will last forever. Kourtney Kardashian was one of the first sisters to leave the show behind. Now, viewers think Kris should join the Bravo series.

On Wednesday night, Kris Jenner surprised viewers when she appeared on The Real Housewives of Beverly Hills. As per The Blast, she was there to support her good friend Kyle Richards’ black and white gala party for the Los Angeles Children’s Hospital. While she spoke very few words, she made a lasting impact on viewers. The 64-year-old made a cool appearance in an all-black ensemble.

During the party, she donated $25,000 during the gala’s auction. Viewers noticed that she blended in perfectly among the RHOBH cast. Others thought it was shady when Bravo producers referred to her as “Kyle’s friend” rather than the star of KUWTK.

However, others were just impressed that she donated $25K without thinking about it. “Come on @KrisJenner lol I love how she just casually motioned for the 25,000 bid,” one RHOBH viewer tweeted.

“Kris Jenner didn’t hesitate making a $25k donation like a boss,” another added.

From the hairstyle to pimping her daughters on reality TV,
Lisa Rinna is the poor man's Kris Jenner. #RHOBH pic.twitter.com/SLMJGDcdqx

I am beginning to think Lisa rinna is the Walmart version of kris Jenner #RHOBH pic.twitter.com/5AMJ9wkwt7

“Hi, hello, hi. Leave the rest of the family, Kris Jenner on #RHOBH. Full-time cast member. Do it. Do it,” one fan enthusiastically tweeted.

“Bravo needs to work on getting @KrisJenner on #RHOBH,” added another fan. “We need Kris Jenner to save RHOBH,” a third commented.

One fan feels that Bravo should fire Lia Rinna and Teddi Mellencamp and hire Kris Jenner and Kathy Hilton instead. Aside from Jenner, Paris and Nicky Hilton’s mom also made an appearance.

RHOBH fans aren’t happy with Lisa Rinna. During the episode, they feel that Rinna wants to remain relevant by cutting down her friends. That includes her 20-year-friendship with Denise Richards. Others accused Rinna of using her daughters for a storyline.

All the women @lisarinna has leached onto for a storyline so we don’t have to watch her sell dusters on QVC for 5 seasons straight #RHOBH pic.twitter.com/mNTC8QanWa

has Lisa Rinna been a fake friend to Denise? 🤔 #RHOBH pic.twitter.com/7rHc2X6DkM

What are your thoughts? Do you think Kris Jenner should replace Lisa Rinna on RHOBH? Sound off below in the comments section.