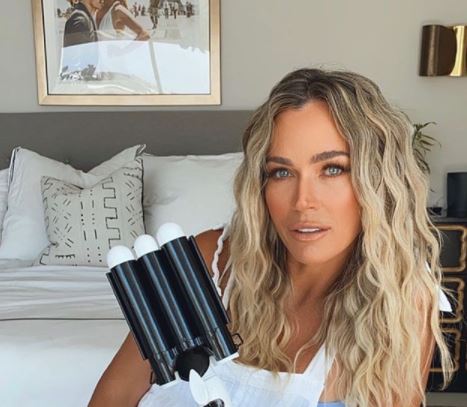 The Real Housewives of Beverly Hills star Teddi Mellencamp hasn’t been on the show for long. Now there are already rumors that her time on the show is coming to an end. It turns out that she replied to someone about the rumors.

In a Twitter exchange, Teddi replied to a fan asking about the rumors she was fired. The fan said, “Hi Teddi love you in the show. Congratulations on the arrival of Dove. How are you? Will you be returning to housewives for another season? Hope so xx.” Mellencamp wrote back, “Thank you. We shall see.”

It really sounds like Teddi doesn’t know if she will be sticking around on the show. She doesn’t bring a lot of drama to RHOBH which could explain why she might get fired. For now, fans are just going to have to wait for Bravo to speak out.

Teddi Mellencamp did say a bit more on Instagram. It was on her Instagram Story so it only stayed up for 24 hours. Here is what the post was on there.

So it sounds like so far she hasn’t been fired. That doesn’t mean that it won’t happen though. It is up to Bravo what they want to do for next season. They are always changing things up between seasons.

If fans really want Teddi Mellencamp to stick around, then they probably need to make sure that Bravo knows. If they don’t think fans like here, they might not really try to keep her around.

If you go to Twitter, fans are sharing their thoughts on Teddi Mellencamp possibly getting fired. Here is what some of them had to say.

Don’t miss the rest of the big RHOBH reunion show on Bravo. The actual news about if Teddi Mellencamp is fired probably won’t come out for a while. So, make sure you subscribe to TV Shows Ace for the latest news.