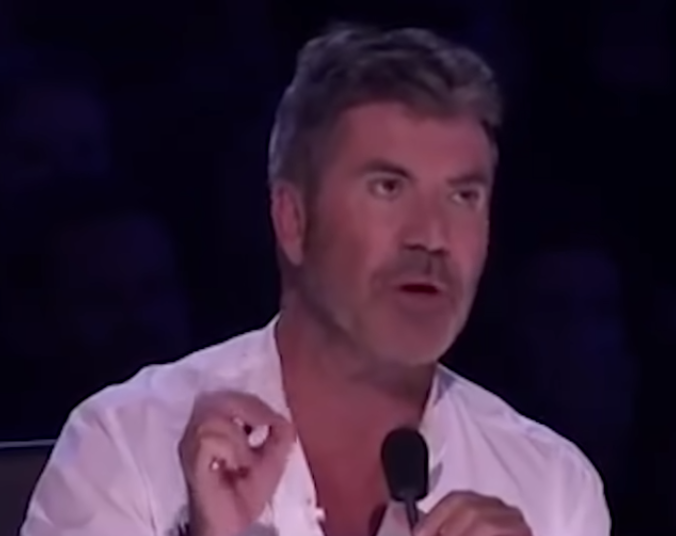 In case you didn’t hear, Simon Cowell broke his back near the beginning of August. The America’s Got Talent judge reportedly fell from his new electric bike near his home in Malibu. A representative reported that Cowell underwent a six-hour surgery and had a rod placed in his back. However, that wasn’t enough to keep the 60-year-old down. The Daily Mail reports Cowell is already up and walking around.

“One of his friends joked that the metal holding him together makes him The Terminator – which amused Simon,” an inside source told The Sun. “He won’t mind if that sticks, but the main thing is that he’s on the mend. The experts are pleased with how things are looking and he’s doing physiotherapy at home every day. It’s looking good.”

That’s incredible news and sounds like Simon Cowell could be back to work sooner rather than later.

Will Simon Cowell Return to America’s Got Talent Any Time Soon?

The accident occurred just a few days before the America’s Got Talent season premiere, leaving many fans wondering about Cowell’s judging spot. Shortly after, AGT announced Kelly Clarkson would fill in while Cowell recovered. The singer broke the news to fans on Instagram:

Most of us miss Simon Cowell’s presence on the show, but he may decide to take a few more weeks or months to continue healing. After all, a significant back injury is nothing to mess around with. Cowell may not want to put himself at risk by returning too early. We’ll update you as soon as we have any more news about his return.

Howie Mandel sent his AGT co-host a special surprise to keep his spirits up. Perhaps a bike with three wheels will help him keep his balance and prevent future injuries.

This just arrived at my house! Thank you @howiemandel

“NOW U DONT HAVE TO USE THE ELECTRIC ONE AGAIN❤️” one user excitedly said.

“Try not to crash this one bro,” said another.

Simon Cowell took up biking a while back to stay in shape. All things considered, the three-wheeler may be a safer alternative for the electric bike. The basket is certainly a nice touch. Cowell certainly seemed to take the joke well.

While Simon Cowell is on the mend, we can enjoy more episodes with Kelly Clarkson. What do you think of her performance so far? Is she a good temporary replacement? Let us know what you think in the comments. Don’t forget to tune into new episodes of AGT for more.

For more stories like this, make sure to follow TV Shows Ace on Facebook and Twitter. It’s our mission to bring the latest celebrity and entertainment news to fans just like you. Leave your thoughts in the comments and stay tuned for more!

Emma Johnston Gives Fans A Vote For Her New Hairdo
Why The Details Of Josh Duggar’s Arrest Are A Bit Fuzzy
‘Bringing Up Bates’ Mother’s Day Special This Week
Theo James Is Not Returning for ‘Sanditon’ Season 2
Did Jill & Derick Dillard Leave ‘Counting On’ To Escape Josh Duggar?!