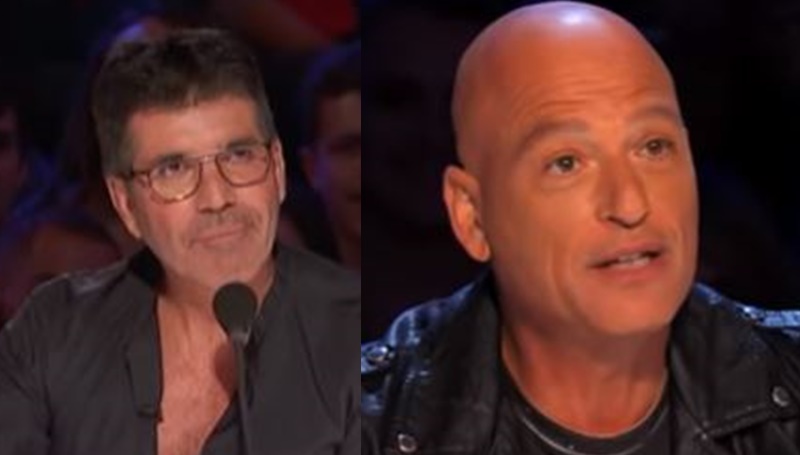 Simon Cowell fell off his new electric bike at home and broke his back. No laughing matter, he ended up in the hospital and underwent surgery. But, he didn’t lose his sense of humor, it seems. Simon took to Instagram on Friday and shared the hilarious gift that Howie Mandel sent him.

We reported on August 10, that the surgery took six hours to complete. TODAY reported that the severe injury required extensive work. They noted that it “involved multiple procedures and fusions, including a metal rod placed in his back.” Certainly, it looks like Simon won’t be up and about very soon.

Medical News Today reports that if a person breaks their back, recovery can take much longer than six to 12 weeks. Especially, if they undergo the type of surgery Simon experienced. Even then, he may need a brace and special physiotherapy to get it right. But, at least Simon can still laugh at life. And his fellow America’s Got Talent judge Howie Mandel, certainly knows Simon well enough to joke with him.

Even some Simon Cowell haters couldn’t help but laugh at the funny gift that Howie Mandel sent over to Simon. Simon shared a photo of an old fashion bike. Actually, it’s reminiscent of the old bike with a basket that Julie Andrews rode in The Sound of Music. Only this one, has three wheels!  Simon captioned it with, “This just arrived at my house! Thank you @howiemandel.”

Fans of Simon Cowell thought that the bike gift was hilarious. Plenty of them told Simon he might actually manage to not fall off this one. One fan joked, “Ha ha ha ha will suit u enjoy and try not to fall off…..” Another fan noted, “Seems like a safer alternative😂😂😂.”

An AGT fan wrote, “That’s hilarious !! Safety first. 😍.” And, a reply said, “Only thing missing are the streamers from the handlebar grips and the straws on the spokes. 😊”

This just arrived at my house! Thank you @howiemandel

Simon off AGT for a while

Some fans wondered what would happen with the America’s Got Talent live rounds after Simon fell off his bike. But luckily, Kelly Clarkson stepped up and helped out. Most fans rather liked the idea of Kelly, Hello Magazine wrote. One fan said, “I love it, so sorry to hear about Simon. But you’re always America’s favorite Kelly.”

However, notably, fans still hope for Simon’s return to the next season of the show. Often considered rude and snarky, Simon Cowell leaving the show seems untenable to longterm fans. In fact, without Simon there, and his side-kick Howie Mandel, many people feel it just wouldn’t be the same.

What did you think of Howie Mandel’s hilarious gift to Simon? Sound off in the comments below.