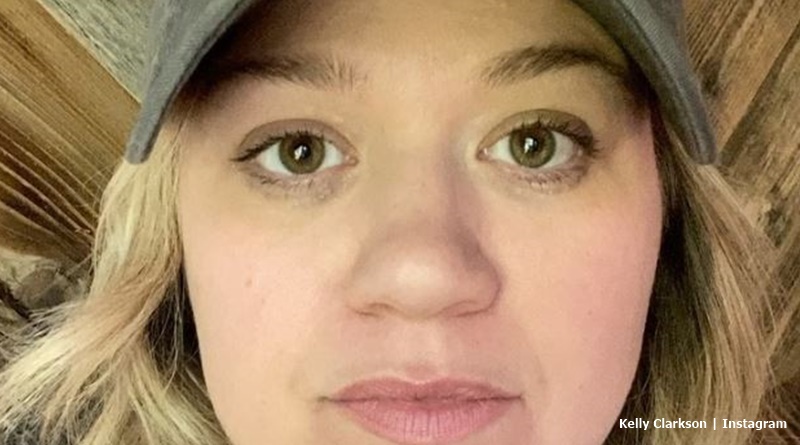 AGT gets Kelly Clarkson as a judge for a while. Kelly, from The Voice, is a well-known face on reality TV. News emerged that Simon Cowell broke his back when he fell off his bike over the weekend. And, fans wondered who might step into his place until he’s well enough to resume his duties on the show. Kelly took to her Instagram on Monday, August 10, and made the announcement that she steps into his shoes for the time being.

We reported that Simon broke his back while testing his new electric bike in the courtyard of his own home in Malibu. Later, we noted that Simon, the top judge on America’s Got Talent, updated his fans on his condition via Twitter. Simon Cowell gave a huge shout out to all the nurses and doctors treating him. He said they’re some of the “nicest people” he “ever met.” It came after he gave some good advice. In fact, he suggested that fans who buy electric bikes should definitely read the manual before using it the first time. It looks like Simon’s going to take a long time to get over his injury.

According to Page Six, the America’s Got Talent star judge underwent surgery that involved inserting steel rods. So, Kelly Clarkson stepped up and agreed to take his place on the panel. At least for at least the next Live episodes of AGT. Sharing the news on her Instagram, Kelly put the news out as an “urgent memo.” It read, “My friend Simon Cowell is doing much better  now, but was in an accident.” However. “He won’t be able to make Tuesday and Wednesday’s live shows for AGT.” She then went on to say she’ll take over. Kelly ended by joking, “Someone far wiser and cooler, and hotter, [takes] his seat.”

And a massive thank you to all the nurses and doctors. Some of the nicest people I have ever met.
Stay safe everyone
Simon.

Naturally, fans reacted to the news. Especially as she ended by calling herself “The Unbelievably Amazing Kelly Clarkson!”  One fan asked, “Don’t tell him we said so, but we’d rather have you in his spot any day! 😉😂” Then, another one commented, “omg the voice AND agt.. youre literally everywhere.” Actually, quite a few fans wondered if there is anything that Kelly can’t do. And, one fan said, “You’ll be fantastic! To Simon: heal slowly! Listen to your MD’s.. & next time read the directions! 🤪..”

However, not everyone cried with joy at the news. Simon Cowell scored loads of fans on social media. Nicely, one of those fans said, “love Kelly but it’ll never be the same without Simon and his gorgeous smile.” For some AGT fans Simon simply makes the show. Somehow, if Simon left forever, it probably would lose in the popularity rankings.

While they like Kelly, they still want Simon back on AGT as soon a possible. Still, it’s useful that the show found a competent judge to take his place for the time being. Do you agree? Sound off in the comments below.