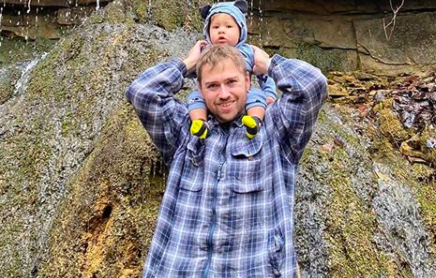 Paul Staehle star of 90 Day Fiancé is now accusing his estranged wife, Karine Martins of attempting to harm him. His new allegations come amid filing for a protective order against her.

Paul accuses Karine of putting glass in his food and more

Paul is now claiming that his wife Karine put broken glass in his food!

According to court documents obtained by US Weekly, Paul stated, “I previously found glass in my food.” He then went on to speculate on how the glass got there. He said, “I found similar glass shards from an item she broke.”

Paul went on to allege that Karine’s friends have been calling him and threatening him. He said they have “threatened to come to my home and kill me.” The claims continue with Paul saying Karine’s friends tried to arrange a ransom, requesting he pay them $10,000 or he would never see his son again!

The court documents just kept on going. Paul went on to claim Karine lets their young son run around in the streets and allows him to get into chemical cabinets.

All of these claims have led to a judge ordering Karine to no longer communicate with Paul and to stay 500 feet away from him.

Paul’s court documents ended with him saying, “I fear for my wife’s safety and mental well-being. I fear for my son’s safety.”

And just like that… Then there was 3…..Photography by @otapacheco

Paul and Karine first met online and then started a romantic relationship. Shortly after Paul traveled to Brazil to meet her where they fell in love. They married in November 2017 and welcomed their son last May. And ever since, the drama has been endless.

The pair split up in November, and then they worked things out. For a while, there were even rumors of a second baby in the works. But, now it seems Karine has left Paul once again and things are worse than ever.

This leaves the couple’s future very unclear. Only time will tell how the custody battle will end with both parents having a restraining order against the other.

What do you think of Paul’s claims against Karine? Let us know what you think in the comments below. Be sure to watch new episodes of 90 Day Fiancé: Happily Ever After on Sundays on TLC.