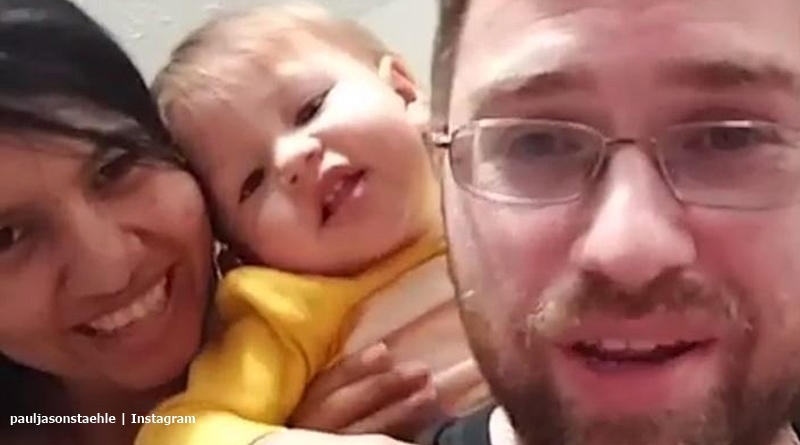 90 Day Fiance couple Paul and Karine featured on the first two seasons Before The 90 Days. Later, fans saw them again on The Other Way. The couple brought along loads of drama and ugly fights. Plus, they forever talked about Karine wanting a divorce. The last time they talked divorce came in November. But, it looks like they remained together. And now, rumors emerged that she’s expecting another baby.

Paul often rushes to tell all his followers on Instagram that Karine wants a divorce. It got so old with fans these days, that people just don’t even believe him anymore. In November last year, TV Shows Ace revealed that it looked absolutely certain she would go through with it. Soon after, someone robbed their home in Manaus, Brazil. Paul posted up a GIF of Rick and Morty character Jerry Smith crying. He captioned it with, (translated), “Karine started divorce proceedings.” Now, Karine confirmed it’s all over. Well, it came to nothing, just like all their other “divorces.”

In early April this year, The Cinemaholic noted that they seem to be back in Kentucky where they celebrated their son Pierre’s first birthday in March. There, it looks like the little fellow’s got a fan in Paul’s mom. Perhaps he bonded the whole family together. The outlet also mentioned why fans won’t see them in the current 90 Day Fiance: Self Quarantined. Apparently they were approached by TLC, but they turned it down. Paul said they work on “a self-produced project which gets published soon.”

Happy Birthday Pierre Noah Martins Staehle. I can not believe one year has already gone by. You have been such a beautiful blessing in all our lives. You will be loved and cherished forever and always.

Famous for leaks and spoilers, @fraudedbyTLC on Instagram revealed that Karine’s apparently pregnant again. They posted up the news as a “#FraudyFriday worth a d*mn!” earlier today. The caption also read, “Paul and Karine are pregnant again and she is several months along.” The accompanying slide added, “Pierre’s going to be a big brother.” Well, these two veteran stars from the show don’t get away with no comments from fans. And, plenty of people started talking about it.

One 90 Day Fiance follower wrote, “are you sure it’s Paul’[s] and not the personal trainers??? 😂😂.” That came after a big argument about her allegedly cheating on Paul last year. One nice fan mentioned, “I didn’t see that news coming! Of course, I suppose I could have 😂. Congrats to the Staehles!” Some shocked fans said a few nasty things about Paul and Karine. But they do have some followers who like them, One of those commented, “You’re not the one married to either of them! Also, they make one of the most beautiful babies to be featured on any of these reality shows!!! 👶🏼💙, (sic).”

Well, that 90 Day Fiance fan’s actually got it right about a fine-looking little kid. Many fans think Pierre’s the sweetest little guy. Sound of your thoughts about the rumored pregnancy in the comments below.