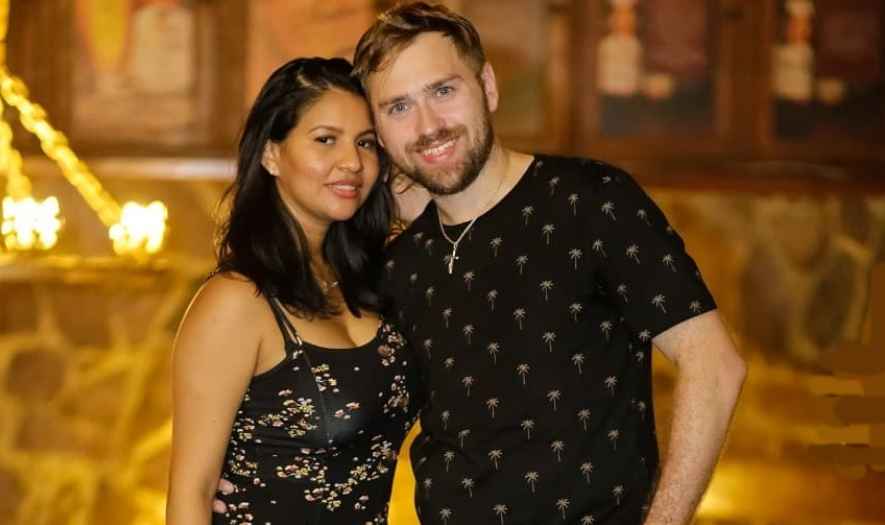 A nasty custody battle is currently raging between 90 Day Fiance star Paul Staehle and his estranged wife Karine Martins. Paul has been getting emotional on social media about how much he is missing his son. This follows the restraining order Karine got against him, which prohibits him from coming anywhere near their son.

There is a trigger warning to sensitive readers for certain content below.

Paul Staehler posts a flashback image of his and Karine’s son, Pierre. His caption reads, “No Matter Where You Are I Will Always Love & Cherish You.”

No Matter Where You Are I Will Always Love & Cherish You.

The couple is currently going through a bad breakup following an explosive fight at their home. At the time, police were called, with Karine accusing her husband of refusing to let her leave. Paul took a video of the incident following the officers’ arrival at their home.  In the clip, he can be heard telling the officers his wife was free to leave. However, he goes on to accuse Karine of cheating on him.

Staehle further tells the officers about an open case with Child Protective Services on Karine. He has previously reported Karine of drinking alcohol around their son, leading to the case being opened.

Paul posts a video walkthrough of their home

The 90 Day Fiance star further posts a video walkthrough on Instagram, no doubt trying to prove everything he had given Karine and Pierre. He wanders through every room of their home, with no accompanying narrative. Many followers find the video to be disturbing or bizarre.

One follower wrote, “Just because you show the things you got karine doesn’t mean you’re not abusive. You’re more worried about social media.. you always been a sketchy guy with a anger problem.”

Karine got the restraining order against Paul following the explosive argument and the visit by the police. In her petition, she accuses Paul of controlling her life and that he refuses to let her leave. Karine even goes so far as to accuse Staehle of sexually assaulting her on a number of occasions.

Karine also takes to social media, writing that in the last few days she has a lot going on. She points out that the media has shown the issues where the police were called. The 90 Day Fiance star says she did this because she feared for her life and the life of her son. She ultimately wants to be “rescued an environment that no longer was healthy for none of us involved in the situation.”

As noted by The Blast, the Brazilian TLC reality star adds that relationships are hard and sometimes they just can’t be fixed. She now needs this time to organize her thoughts, work on herself and care for her son. Karine also wants fans to know she is not missing and that the police know where she is if they need her. She concluded by writing this is a legal matter and not a “media matter.” Karine stresses that this is the first and last time she will speak about it.

90 Day Fiance fans will surely wish Karine and little Pierre all the best while hoping she can travel back home to her family in Brazil.