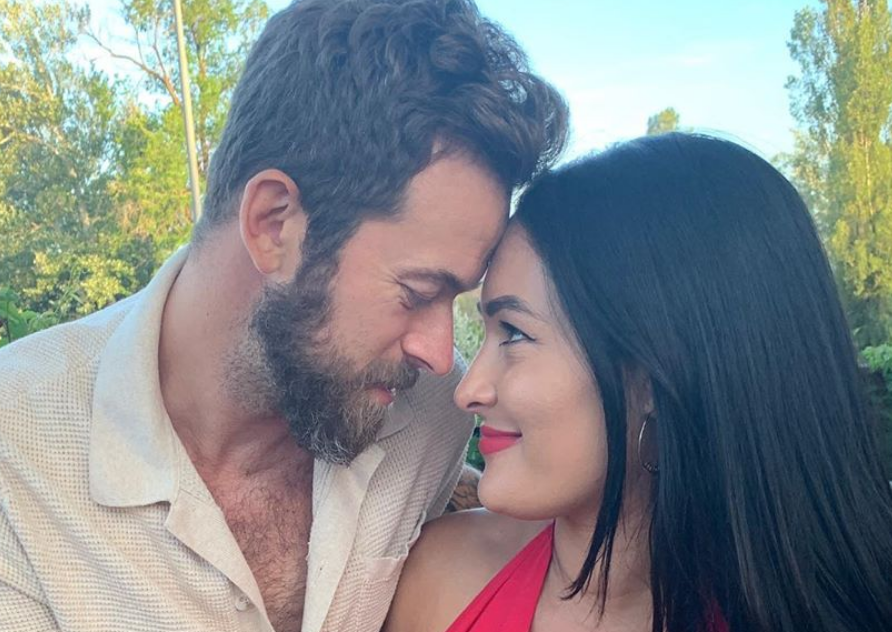 Nikki Bella and Artem Chigvintsev are now parents! The couple welcomed their baby boy to the world on Friday, July 31. On Sunday, August 2, they revealed that their son is now here. They shared a sweet picture of the family of three holding hands. They didn’t include anyone’s faces. Both Artem and Bella kept their Instagram captions to a minimum.

In her post, Nikki says, “Our baby boy is here and we couldn’t be HAPPIER and more in LOVE! Everyone is safe and healthy.” The couple isn’t revealing his name yet.

Artem describes his son as “precious.” He adds that he’s “proud” of Nikki.

Just a few days ago, Nikki documented her 39-week baby bump. Though she had a little bit of time until her official due date, it appears that her baby is healthy.

Not only did Nikki and Artem welcome their son, but Brie Bella and Daniel Bryan also had a baby boy recently. Brie gave birth to their son on Saturday, August 1. On Sunday, August 2, she shared the exciting news that he has arrived. She revealed that they are all doing well and that everyone is healthy.

Both moms shared announcement photos on Sunday. And, it seems intentional that they shared very similar pictures. In both of the pictures, the dad, mom, and baby are all holding hands. They both kept their captions short and sweet as well. And, they are both keeping the babies’ names a secret for now.

Though the sisters were pregnant at the same time, they didn’t plan it this way. Now, they have both given birth to boys just a day apart from each other.

Prior to their son’s birth, the couple spoke with Mini magazine about their plans for their son’s nursery. She says that his nursery is “magical.” Then, she describes the space, saying, “We went with a moon and stars theme. I wanted something very soothing and meditated and also day-dreamy. I just want my boy to get lost in the stars. We have a lot of gray and blues throughout the nursery and dark wood.”

In addition to decking out the nursery, Nikki bought a lot of cute clothes for her son. She says that she doesn’t like a lot of bold prints, so she’s dressing him in solid colors. She already bought him a couple of pairs of Nikes too.

Now, the two sisters get to enjoy motherhood side by side.