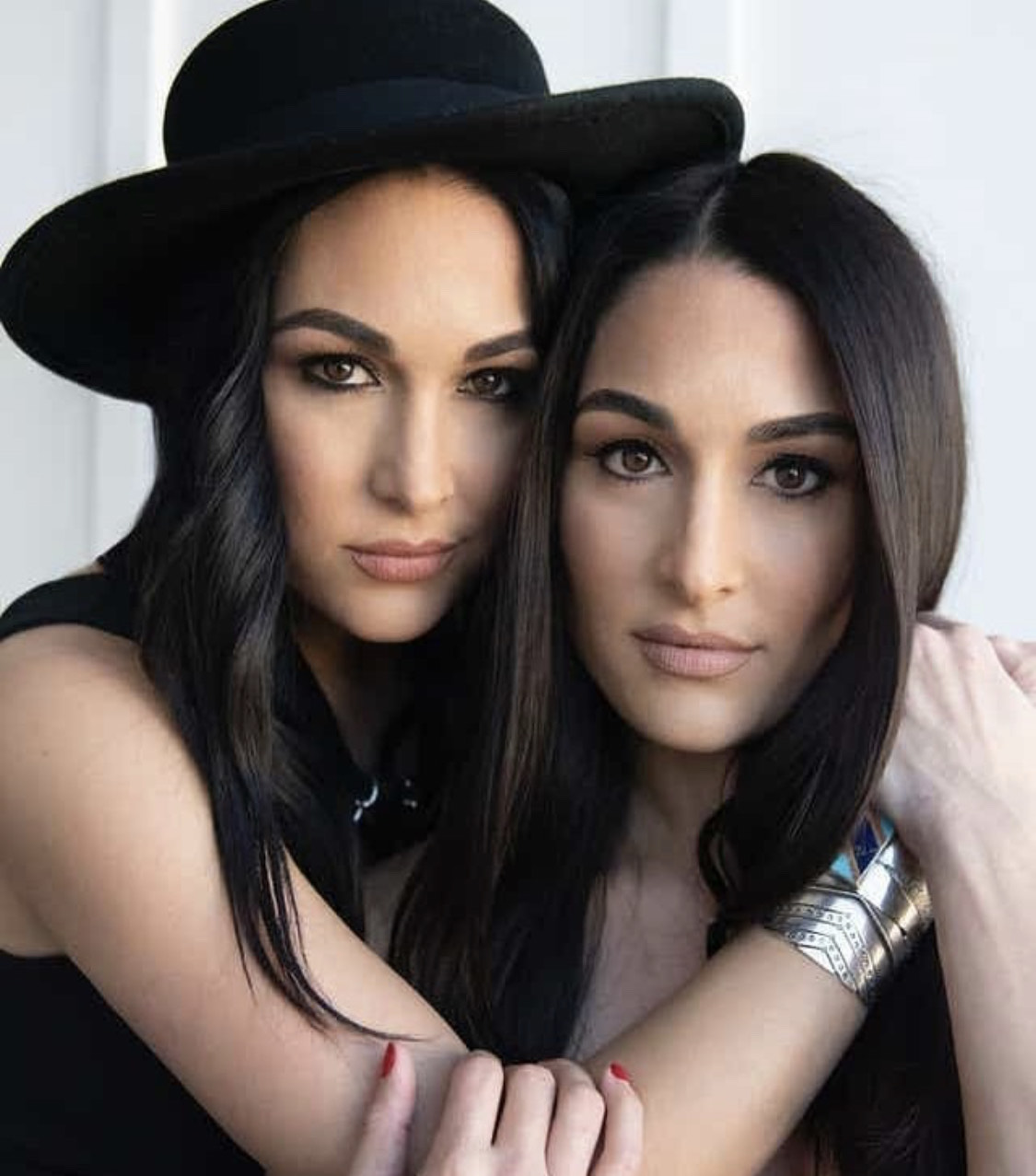 The due dates are near, now the question everyone is asking is: Who will have their baby first, Nikki or Brie? Ever since the Bella twins announced their pregnancies that are two weeks apart; everyone has been following closely, and their social media has been busier than ever. The ex-WWE twin duo has been posting pregnancy updates to their  YouTube Channel often for their fans.

Brie and Nikki are Twinning in Nude Maternity Photoshoot

The first time mother to be Nikki, and Brie who is expecting her second and also she says her last child, partook in a maternity photoshoot with each other.  The shoot was au naturel featuring both twins together were glowing while showing off their baby bumps. Artem Chigvintsev appeared in a photo from the shoot shared by Nikki on her Instagram. Bryan Danielson, known better to WWE gurus as Daniel Bryan was absent from the maternity pictures on Brie’s Instagram feed.

Pregnancy has been an incredible journey so far, even through some of the toughest times we have faced in this world so far and through some of the most beautiful life changing times as well. I have embraced the changes of the human body, even though that can be tough at times. I have embraced the feeling of being uncomfortable knowing I am growing a life that will be one of my own. I have already felt the lioness in me come out even more knowing that I am ready to protect, teach, love and guide. And to go through all of this with my twin sister? Goodness I would say I am one lucky woman that God knew my timing of becoming a mom was divine. Can’t wait to meet you little boy in 4 weeks. ❤️🦋✨

Being a first-time mom is a whirlwind of emotion and change. Luckily for Nikki, Brie has already done this once before. Brie and Bryan have a daughter together, Birdie age 3. Being pregnant less than two weeks apart Nikki will be getting the best help from her seasoned pro sis. This time around Brie has decided to make the gender of the baby a surprise.

Her twin, had a beautiful “Fiesta’ themed gender reveal reflecting her Mexican heritage. Nikki and Artem Chigvintsev were over the moon when it was revealed they would be having a baby boy. The Bella sisters have stated both being pregnant together has brought them even closer than before. Brie took to Instagram stating “This pregnancy has been a special one. To experience this with my sister during a time of uncertainty and turmoil has been a blessing.”

Happy Father’s Day to my A @theartemc I can’t wait to have many, many more Father’s Days with you and our baby boy! 💙 I can’t wait to see you as a father. Our little one is so lucky to have such a patient, kind, caring, loving, positive man like you as his Dad. You truly will be his role model and hero. I can’t wait to watch you both fish from a far, dance, have him wrestle and pin you (he’ll learn that from Mommy lol 🤗) speak Russian, build things, cook together and just be father and son. I know my heart will never feel more full and warm than watching that as I grow old. I love you Click! Forever and always. ❤️ Your Monkey Bear Also a Happy Father’s Day to my brother @thevacationjj my Dad @jegm642019 our Johnny @mrjohnlaurinaitis my brother in law @bryanldanielson my cousins and friends!

Filming for Total Bellas in the Delivery Room/COVID-19

As both due dates approach, Nikki and Brie measure their bellies every week and share with their social media network. Fans have been speculating who will have their baby first, or possibly on the same day. Both twins have revealed who they want in the delivery room with them, but the Pandemic might stop those plans right in their tracks.

The producers of Total Bellas plan to film each birth for the show and each sister wants to be in the room.  The producers and family, however, plan to “follow State rules” at the time of delivery to keep it safe.

Guessing who or when each baby comes is hard to predict but we know those babies will be cute! Brie did reveal her pregnancy first and being a second-time mom, it will probably be her!