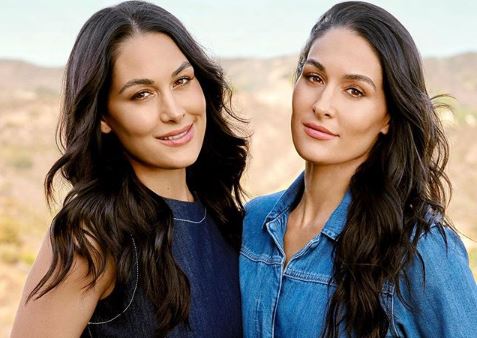 Exciting news is here from Brie and Nikki Bella of Total Bellas. People shared that the twin sisters are both pregnant and expecting babies within two weeks of each other. These two girls do almost everything together so it just makes sense that this would happen.

The girls shared the news about their pregnancies. It turns out that this wasn’t the plan, but it has worked out. Here is what Brie had to say.

Nikki went on to say, “[It was] a total surprise. It took even me a good week to come to terms with like, ‘Oh my gosh, I’m pregnant.’ I’m not ready for it.”

It turns that Brie and her husband Daniel Bryan had been trying for a while to get pregnant with their second child. Just as she was thinking that it wasn’t meant to be, she found out that news that another baby was on the way. This will be their second child together.

Excited for 2020 and the next decade with you @theartemc ❤️ I said yes in France in November! We have been trying to keep it a secret but really wanted to share our excitement for the New Year!

Nikki Bella is engaged to Dancing with the Stars pro Artem Chigvintsev. These two were not trying to get pregnant, but it just happened for them. She couldn’t be more excited about the news. This is the first child for both.

Nikki has wanted a baby so long

When Nikki called off her engagement to John Cena, this was a big part of it. She wanted children and that just wasn’t in the cards for him. Nikki made it clear that this wasn’t something she was willing to give up on. Luckily, it looks like she has found someone who wants the same things as her. Nikki couldn’t imagine her life without being a mom and now her dream is coming true.