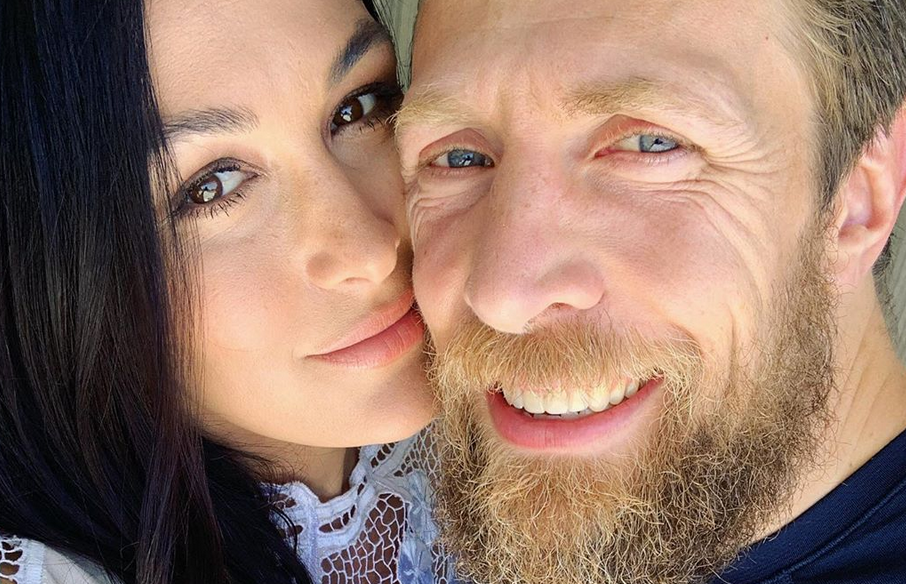 On Sunday, August 2, Brie Bella and Daniel Bryan revealed that their newborn son has arrived. They shared an Instagram post announcing that he was born on Saturday, August 1.

On Brie’s Instagram page, she shares a picture of herself holding her son in her arms. She, Daniel, and the baby are all holding hands. It’s a sweet picture to reveal the birth of her son. Their faces aren’t visible in the photo. The baby is wearing a brown outfit, and Brie is wearing green. The family appears to be in the hospital, as Brie is wearing a hospital bracelet.

In the caption, she gives an update, saying, “We are overwhelmed with joy and everyone is healthy!!!”

As of right now, the couple has yet to reveal the baby’s name. They will likely share more details about him and his birth very soon. Of course, fans are eager to know the baby’s name. But, in the meantime, they are happy that Brie, the baby, and Daniel are all doing well. As soon as Brie and Daniel shared the post on Instagram, fans rushed to the comments section to congratulate them. Fans are gushing over the sweet photo and the baby’s tiny little hand.

Brie previously spoke to PEOPLE about finding out that she was expecting. She found out shortly after they decided to stop trying to get pregnant. She explains, “My husband and I were trying for seven or eight months, but then I felt in my heart it was a sign from God, like, ‘You guys are good with one,’ so we stopped trying,”

Prior to giving birth to their son, Brie and Daniel talked about how they wanted the baby’s gender to be a surprise. They said that they didn’t really want to know whether their baby is a boy or a girl. So, they got to find out at his birth.

Brie Bella’s sister, Nikki Bella, is also expecting a baby boy very soon. The two sisters got pregnant around the same time. They are expected to give birth about two weeks apart. Of course, there’s a possibility that Nikki’s baby will be a little bit late. Still, the two little ones will be very close in age and get to grow up together.

So, are you excited to hear the news about Brie Bella and Daniel Bryan’s baby boy? Let us know in the comments below.