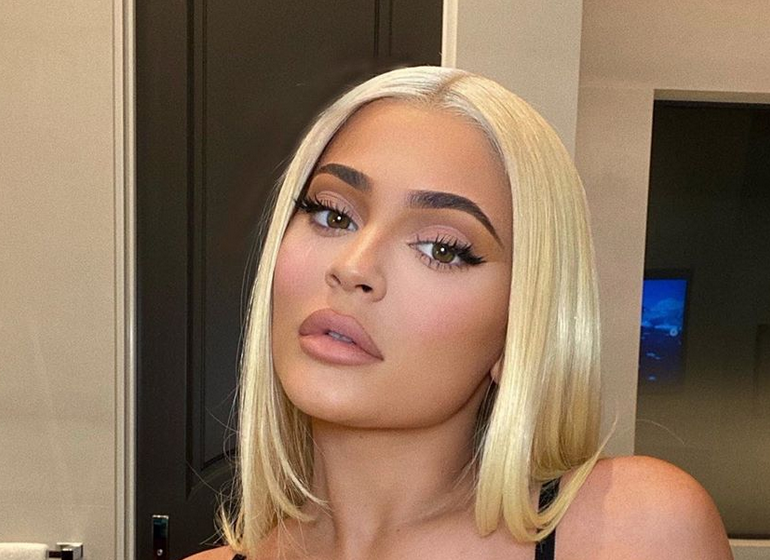 Kylie Jenner and Travis Scott went on a quick getaway on July 17-18. Kylie and Travis didn’t travel alone though. Their two-year-old daughter Stormi was with them. They also brought along a nanny and a bodyguard.

They went to Montecito, California. While on this getaway, Travis and Kylie reportedly “shared a hotel room.” Per In Touch Weekly‘s source, the pair “looked like a couple.” But, the two are supposedly just co-parenting their daughter.

The eyewitness revealed, “I saw Travis and Kylie at the Rosewood Miramar Beach hotel on Friday. They left on Saturday. They were in the hotel room the whole time. The nanny and the bodyguard brought Stormi out to the beach, but apart from that they never left the room.”

Daily Mail obtained pictures of the family on their trip. In the photos, Kylie, Travis, and Stormi are all wearing face masks. This comes after California Governor Gavin Newsom started requiring masks to be worn.

For Father’s Day, Kylie and Travis reunited. On the special day, Stormi got to spend time with her dad. Kylie even took to Instagram to wish Travis a happy Father’s Day. Despite the parents getting together on Father’s Day, it seems like it was simply so they could celebrate the day as a family, especially with Stormi.

Still, this sparked some rumors about the couple getting back together. It certainly seems like some Keeping Up with the Kardashians fans would like to see Kylie and Travis as a couple again.

Are Kylie and Travis together?

As of right now, the couple hasn’t made a public announcement regarding their relationship status. But, they might be choosing to keep this to themselves. Being in the public eye can only add drama to their relationship.

A source previously revealed that the duo is trying to avoid labels. They’re also trying to keep Stormi’s best interest in mind. In a tweet in 2019, Kylie explained, “Travis and I are on great terms and our main focus right now is Stormi. Our friendship and our daughter is our priority.”

No matter what’s really going on behind the scenes, it seems like the two are taking things slow. Or, maybe they’re simply co-parenting their daughter.

So, what do you think is going on between Kylie Jenner and Travis Scott? Share your thoughts below.

For the latest updates on the potential couple, check back with TV Shows Ace.