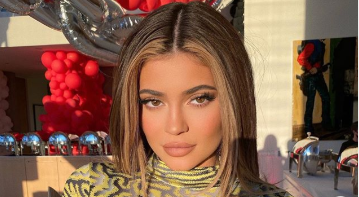 Exes Travis Scott and Kylie Jenner are killing it at the co-parenting game. The two who share a two-year-old daughter Stormi have been spending time together. Recently these outings have sparked rumors they are getting back together, but sources say that’s not the case. It’s always nice to see celebrity parents who make it work for the sake of their children. These two are getting along so their daughter has two parents present in her life.

A source close to the couple said, “Kylie and Travis get along. They enjoy hanging out with the same people. And they obviously spend a lot of time together with Stormi. Being co-parents seems to be working out better for them than being in a romantic relationship.” Recently the tabloids have gone crazy with pictures of the two exiting the same club. The rumor being that they got into the same car after. Fans reactions are mostly who cares, if they share a kid then they have to have a relationship. It doesn’t meant they are getting back together.

Kylie Jenner And Travis Scott Broke Up In October

Kylie Jenner and Travis Scott called it quits last year, but the cosmetic mogul posted they were still getting along. The two got together in April of 2017 and Kylie kept the pregnancy a secret until after she’d given birth. She tweeted, “Travis and I are on great terms. Our main focus right now is Stormi. Our friendship and our daughter is a priority.”

According to People they celebrated Stormi’s second birthday together with a trip to Disney World and a big party. The source said the two aren’t labeling their relationship right now. They’re happy with the way things are.

Kylie loves to pose for pictures with and dress up her toddler. Stormi and mommy posted a picture on Instagram with matching cowboy boots. She captioned the photo, “woke up in the wild, wild west.”

woke up in the wild wild west 🧡

The Two Have Praised Each Other On Social Media

Travis Scott told XXL magazine that he will always love Kylie Jenner. He said, “the hard part about relationships is just trying to be in one without a million outside voices interfering.” Jenner also said they were getting along great. She said, “we’re like best friends. We both love Stormi and want what’s best for her.”

In April on Travis’ twenty-eighth birthday Kylie called him, “daddy of the year.” She posted a video of him with their daughter. She captioned it, “I’m slowly but surely starting to accept the fact that storm is a daddy’s girl, but whatever. we went half on greatness!” She went on to say Stormi was the best gift.” Fans will continue to follow Kylie on social media for Stormi updates. They’ll be happy whether the two continue to stay friends or get back together.