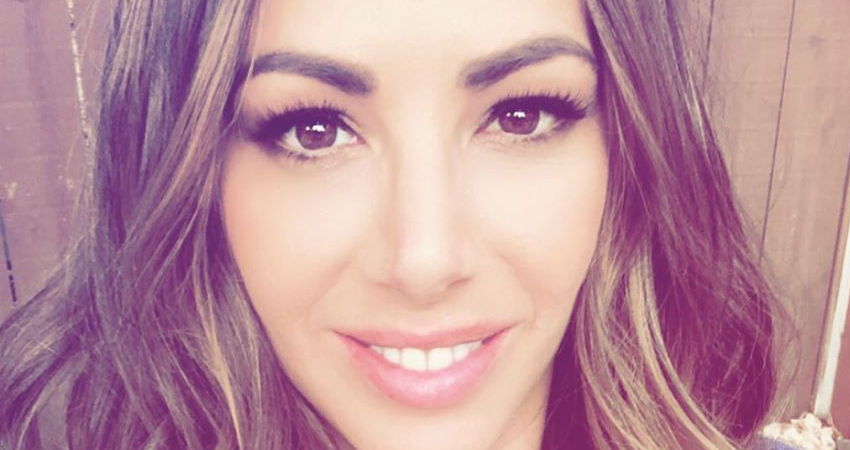 Vanderpump Rules star Kristen Doute wants to make one thing clear: She has the right to express her opinions. The former reality star recently returned to social media following her firing from the Bravo show. However, some social media users are trolling Kristen no matter what she posts. And she’s fed up with it.

In early June, former VPR star Faith Stowers went public with her experience as the only black cast member on the Bravo show. In the course of telling her experience, Faith discussed a time in 2018 when Kristen and Stassi Schroeder called the police on her. Stassi herself was the first to bring the story up on a podcast last year.

According to Stassi, she and Kristen saw an African-American woman who looked like Faith on the news. The police were searching for the woman as a suspect in a series of robberies. The woman wasn’t Faith. Stassi and Faith both agree that the cops never took the call seriously and no physical harm was done to Faith.

However, Faith’s re-telling Stassi’s story comes at a time when police brutality is under a microscope. After a week of waiting for the story to die down, Bravo was forced to take action. They let Stassi and Kristen go, along with Brett Caprioni and Max Boyens.

Since that time, Kristen, Stassi and several other VPR stars have remained much quieter on social media than usual. Stassi broke her silence two weeks ago to announce that she’s pregnant with her first child, a baby girl.

Kristen broke her silence a few days later to ask for prayers for VPR co-star Brittany Cartwright and Brittany’s mom, Sherri Cartwright. As fans may know, Sherri ended up in the ICU after a routine bladder surgery went wrong. She’s out of ICU now and recovering.

Kristen’s Return to Twitter Did Not Go Over Well

While most fans granted Kristen’s request for prayers, her next tweet did not get a positive response. Kristen randomly scolded the state of Idaho for not legalizing medical marijuana. She later explained that her brother lives in Idaho and wants to use medical marijuana instead of opiates.

The VPR star gave some advice to fans trolling her: unfollow her. They didn’t listen, prompting Kristen to make another post in her own defense.

There has been a lot of debate amongst VPR fans over whether Stassi and Kristen’s behavior was racist or just mean girl behavior. Kristen waded into that debate herself on Monday, June 29, with a tweet alluding to her past behavior.

She started her tweet by assuring fans that she wasn’t trying to “upset” or “rile” them. However, she feels entitled to express her beliefs and opinions. Kristen then admitted to being “immature” and “caddy” [sic] sometimes. But “never hateful.”

The former VPR star again advised people to simply “unfollow” her rather than telling her to “shut up.”

I’m not here trying to upset or rile anyone up.
I’m an outspoken person with opinions & beliefs. I’m super passionate. I’ve been immature & caddy at times but never hateful.
I welcome your voice if it comes with kindness.
Please don’t tell me to shut up. Just unfollow. ❤️☮️

Needless to say, social media users did not unfollow her. At least, not without a fight.

Kristen did, of course, have her defenders. Some fans feel that Stassi and Kristen have paid the price. In fact, there’s even a petition to get them back on the Bravo show.

But most fans widely denounced Kristen’s attempt at defending herself, The Blast reports. One fan noted that Kristen never apologized to Faith directly. Both Stassi and Kristen issued public apologies on their respective Instagram accounts the day before the Bravo firings.

One fan wrote that if people aren’t interested in what Kristen has to say, that’s “their right.” Furthermore, the fan told Kristen to “have some respect for the people that this is actually about.”

Some fans replied with golf memes about Kristen writing “caddy” instead of “catty.”

Another user pointed out that fans are “annoyed” with Kristen for trying to “sweep the Faith situation under the rug.” The fan also notes that Kristen has yet to address her firing directly.

I just think people, and myself are just kinda annoyed how you and Stassi are just trying to sweep the Faith situation under the rug. You guys being fired was huge, and there’s been nothing said since. I think people would just like more colsure on the situation

Tell us in the comments if you think enough is enough and fans should ease off Kristen.

Bravo has yet to announce if Vanderpump Rules will return for a Season 9. Check back with us for updates.

Todd Chrisley Admits His Wife Julie Has Way More Class Than He Does
Wait, What? Does Isabel Roloff Plan To Raise Her Baby In A Van?
‘Hunting Atlantis’ Exclusive: Stel Pavlou And Jess Phoenix Search For Lost City of Gold
Anna Duggar Reportedly Stays With Josh At Guardians’ Home Most Nights
How Far Along Is Audrey Roloff’s Pregnancy? See Latest Baby Bump! [PHOTO]